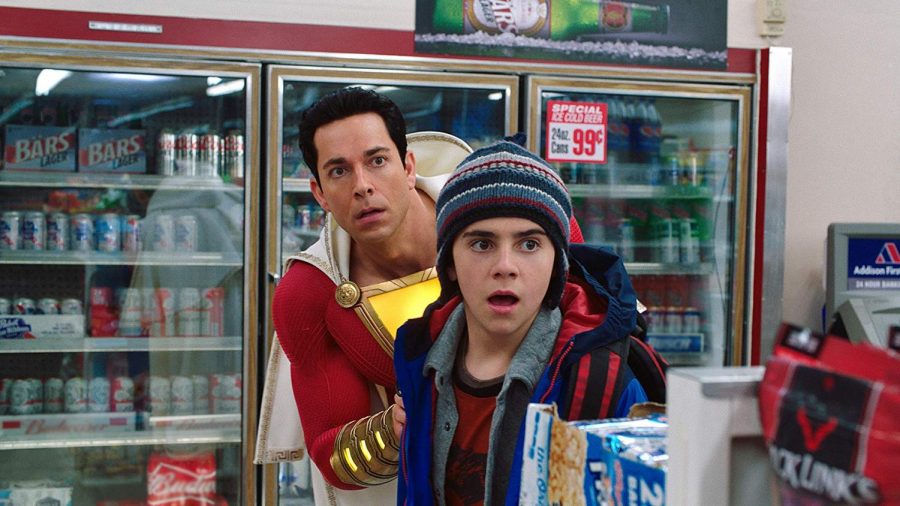 Being 14 is not fun, especially when you’re like Billy Batson, a kid in the foster system who was seemingly misplaced by his mom when he was little. But sometimes the universe needs saving, and when superpowers have been hoisted upon you, you have to answer the call.

Billy hasn’t always been a cape-wearing force for good though. His powers were given to him by an old wizard who has been secretly guarding the world against the seven deadly sins for millennia. At the end of his career, this wizard’s failed at finding someone who’s truly pure-at-heart to take up the mantle, so in a last-ditch effort, he dubs Billy to become the new protector, gifting him the ability to transform into his adult superhero alter-ego by shouting the word, “Shazam!”

“Shazam” is DC Comics’s newest hit and it’s far different than the usual intense, CGI-filled superhero films we’re used to. It plays without a care in the world and doesn’t try to shoehorn the story into some larger plot or universe, but instead focuses on having a good time, sacrificing some of its seriousness for maximum goofiness.

After Billy (Asher Angel) gets his powers, he and his new best friend/foster kid sidekick Freddy (Jack Dylan Grazer), do what teenage boys would do with these newfound powers: try beer, visit clubs and test the limits of Billy’s, or really Shazam’s, new strength.

These shenanigans are interrupted by Dr. Thaddeus Sivana ( Mark Strong), who is still frustrated that he wasn’t chosen to be Shazam when he was a kid and is still getting over some inferiority issues from his dad. Finally given a formidable enemy, Billy has to use every strength he’s got to save the day

The true star of “Shazam” is Zachary Levi, fresh from his great season on “The Marvelous Mrs. Maisel,” who now plays Billy’s super alter-ego for all it’s worth. His comedy is great and he makes the character feel very relatable, but his and Angel’s takes on Billy as a character don’t really mesh. Even when the film seems to drag through, Levi’s exuberance carries the story forward.

The plot is where “Shazam” gets a little shaky and its uneven pacing certainly doesn’t help. Shazam doesn’t appear until after the first third of the movie and when he finally gets going Dr. Sivana comes back and disrupts the flow. At times the story feels very corny, but maybe that’s because we’re so used to the seriousness and quality of the other DC and Marvel movies.

While “Shazam” is very fun, it doesn’t have what it takes to compete with the plethora of films in the superhero drama. But if you’re looking to fill your superhero cravings before the Avengers returns to the big screen, “Shazam” isn’t a bad option.