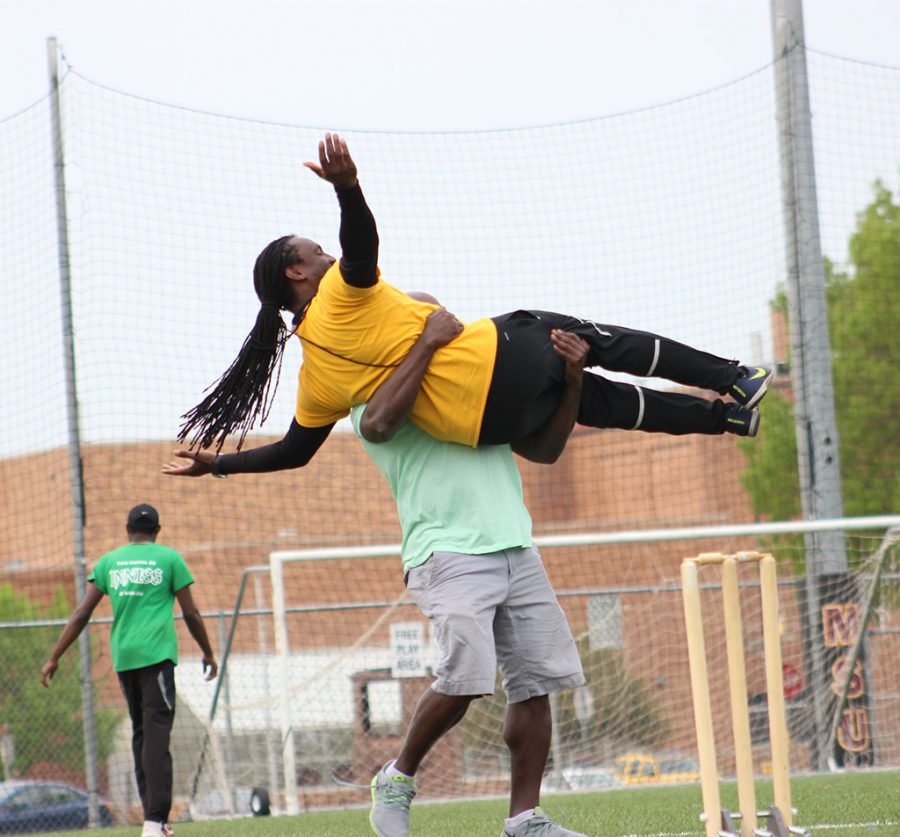 The Caribbean Student’s Organization (CSO) brought a taste of regional flavor to the campus grounds on April 7 when it held its annual cricket competition at the free-play fields near the D.L. Ligon Coliseum.

Cricket, the major sport in many of the Commonwealth countries represented by CSO, was the latest activity used to promote friendly competition among the four houses constituent of the organization (Glean, Inniss, Thomas and Wildman) which are named after the former students who founded it over 25 years ago.

Inniss House (pictured in green tops) emerged as champions, after defeating Wildman (blue) and Thomas (yellow) in the final.