Next tournament is on Feb. 26 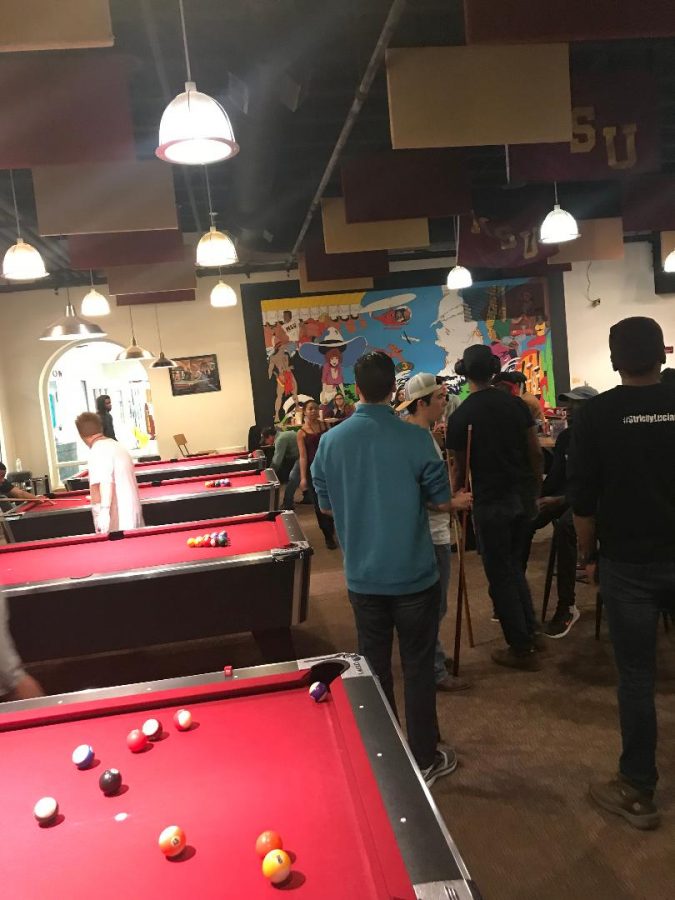 Friday nights students unwind from their week of classes by gathering with friends and going out. On Feb. 22, 27 students gathered at The Clark Student Center for a pool tournament in the Recreational Room where only one student, Michael French, kinesiology freshman, won.

“I came here to play one day and asked when the first pool tournament was and they told me Feb. 22, so I came to it,” French said.

Pushing through with a cast on his hand due to a broken pinky, French was still the champion, winning a magnetic globe and a black MSU T-shirt.

“If the school had more events like this would definitely go to them I love stuff like this,” French said.

The tournament was single elimination, players call their shots and a scratch is a ball in hand.

“This was my first time coming to this tournament so I was kind of nervous, considering I played the guy who won it last year I know I will make it farther next time,” Josiah Beshear, education sophomore, said.

There were four pool tables lined up with space in between allowing students to move around and mingle while competing.

“I enjoyed it I like how they have all the tables going and you get to converse with everyone,” Beshear said.

For the students who were unlucky or disqualified like Beshear and Michael Gonzales, there was complimentary food and drinks for players to stay and watch. Students are also starting to prepare for the next pool tournament on Feb.26.

“I came in second last year but I was unlucky this time, I will do better on the next tournament I play,” Gonzales, criminal justice junior, said.

Students who missed their chance at a win in the last tournament can participate in the next one.

“I am considering going to the next one in Pierce, I won’t be as rusty sir know I will play better,” Gonzales said.