From soccer to cycling, athletes chase dreams around the world 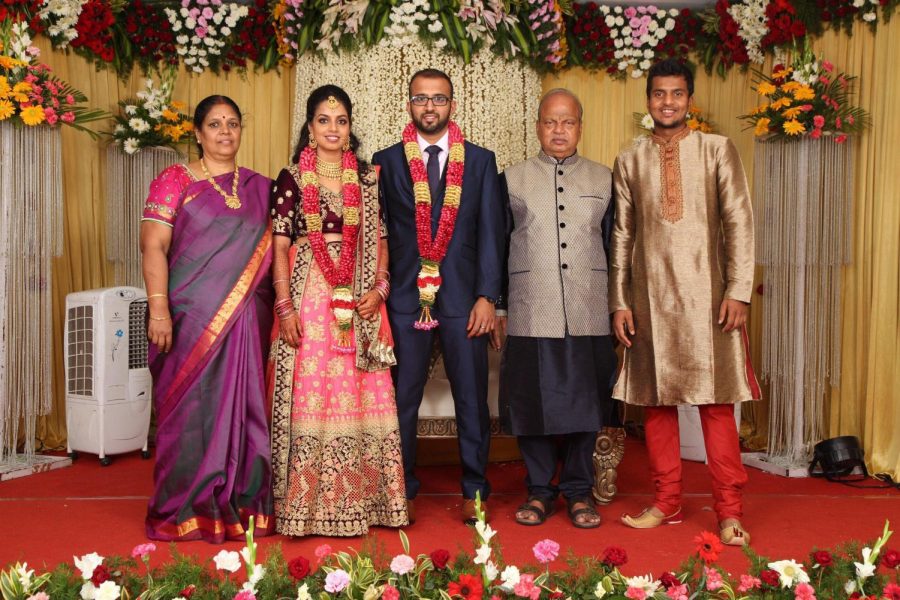 More than 10 percent of students in Midwestern are outside of America, from Asia, Africa, Caribbean and Bahamas, Latin America, The Middle East, Europe, Australia. Out of the 6,102 students on campus 576 are international and 23 of them are athletes.

According to international student-athletes, American universities are a fairly popular option to pursue a degree while playing sports at a good level. For them, this process happens only through recruitment. To play for the university team a coach of that team recruits the student. On the athletic teams most of the players are on an athletic scholarship and if an athlete is not good enough but still want to participate a team, these athletes are considered as a walk-on players. For example, the men’s and women’s tennis team consists of 10 international student-athletes. All of these players have been recruited by head coach Scott Linn.

“I have been successful coaching players from all over the world and I know the value they can bring to a college team,” Linn said.

To recruit an international student-athlete the coach will be looking for pre-made promotional videos highlighting the individuals’ skills and abilities in their chosen sport. Then by analyzing players’ level the coach will decide if he wants to invest in this player.

“Tennis is an international sport, and to compete on a national level in NCAA Division II Tennis you have to recruit internationally,” Linn said.

However, for student-athletes coming to Midwestern the process of getting into university takes at least two to three months. Parents hire recruitment organizations to help them complete all the required documentation and who will explain everything in detail regarding studying abroad. The fees for this service are arranged around $1,500 for the whole process. Other players are able to do everything on their own, but in most cases they either know somebody who did it before, or they get contacted directly by coaches based on their results.

“Before I payed an organization it was a little tentative, I didn’t know if they are trying to steal my money or is it a real thing, so I went and met the recruiter and I understood that it was a real thing,” Greta Lazzarotto, business management senior, said

One of the basic requirements for an international student-athlete is to pass Test of English as a Foreign Language and Scholastic Aptitude Test exams, which might play a big factor when it comes to selecting a university.

“I can evaluate a player well enough to make a good decision for the program,” Linn said.

After that step, players must record a 12-minute personal profile video with an explanation about themselves and displaying their athletic skills. For each sport the video must consist of different athletic elements. Athlete who are looking for schools on their own must send this profile video to coaches accompanied by their exams scores and high school transcripts. If an athlete uses an organization the latter will take care of the application process to universities. Then organizations are approached by coaches, and give players a choice of schools they can pick from. For example, Lazzarotto, applied through an organization in Italy.

“One day I was on a social media and I saw an ad about this organization which was run by a guy I knew, so I decided to look through it and I got in contact with him and we started the process,” Lazzarotto, said.

On the other hand, Emilija Segetlija a finance junior from Serbia and also a member of the tennis team, did it on her own by looking into schools and emailing coaches.

“I honestly didn’t know that there were any organizations who were doing that, even my friends who came to America did that on their own,” Segetlija said.

“Here in MSU, anytime an international student has a question on their status or whether their actions can affect their status negatively, we always encourage these students to come in the office,” Elizabeth Ysasi, international services specialist, said.

While these students are in the United States and enrolled in classes, the International office is in charge of their enrollment status.

“MSU process was much easier compared to other colleges, my recruitment agent submitted my transcripts and the necessary documents for me,” Jedeshkeran Chandrasegaran, mechanical engineering senior from Sri Lanka, said.

The other stage of applying is scholarship. An athletic scholarship is a chance to study abroad and to play a favorite sport on at collegiate level. Compared to most European universities, sport in the United States is a big part of the culture. Every university gives student-athletes a chance to improve their athletic skills by providing access to gyms, sport fields, athletic trainers and so on. The collegiate level in any sport is extremely high. Also, most competitive sporting events provide the biggest profit for a university, but to make a decent profit a team must be successful or at least nationally ranked, that’s why a lot of investment is directed towards recruitment.

“I am looking for the best student,person, player to recruit to either team based on the scholarship money that is available,” Linn said.

Education in the United States costs a lot of money, therefore scholarships which might cover the entire cost of education are an excellent way to attract a talented athlete. This can benefit a university in the future. A full scholarship is not guaranteed for everybody. The scholarship offered will be based on the athletic level of an athlete and the financial budget of the university, and will be maintained over the years based on academic performance and appropriate behavior.

“Athletic scholarship gave me the opportunity to study abroad, if I didn’t have the scholarship, I would never be able to afford college in America,” Muniz said.

For an international student-athlete the opportunity of having a scholarship can open doors especially during their athletic career. However, some students gave up their professional career and chose to follow the path towards a college degree. Having a college degree gives athletes the academic qualifications to be able to work also in professions not related to sports.

“I could have gone pro in the Netherlands but I would have been as a third goalkeeper, at the same time I would have to give up school and wouldn’t be able to get a good salary in the future, so I didn’t feel it was worth it since I felt that I also wanted to get a college degree,” Luuk Teurlinx, mechanical engineering junior, said.

Students said before they came to Midwestern, they couldn’t pick the major they would have chosen in their countries because the university didn’t offer it. Or these students found a school with the academic program they were looking for but where their sport was not available or did not have a good enough level.

“Studying in America gave me the opportunity to be an athlete and compete at a high level while getting my engineering degree, which I tried in Netherlands but it turned out to be impossible,” Teurlinx, soccer goalkeeper, said.

Moreover, other students find certain majors more beneficial for them in United States because their choice of major will impact their future and will give them more options for jobs.

“You can earn pretty good money by being a computer technologist, but more than that technology is everything these days,” Vasudev Vijayaraman, computer science senior from India, said.