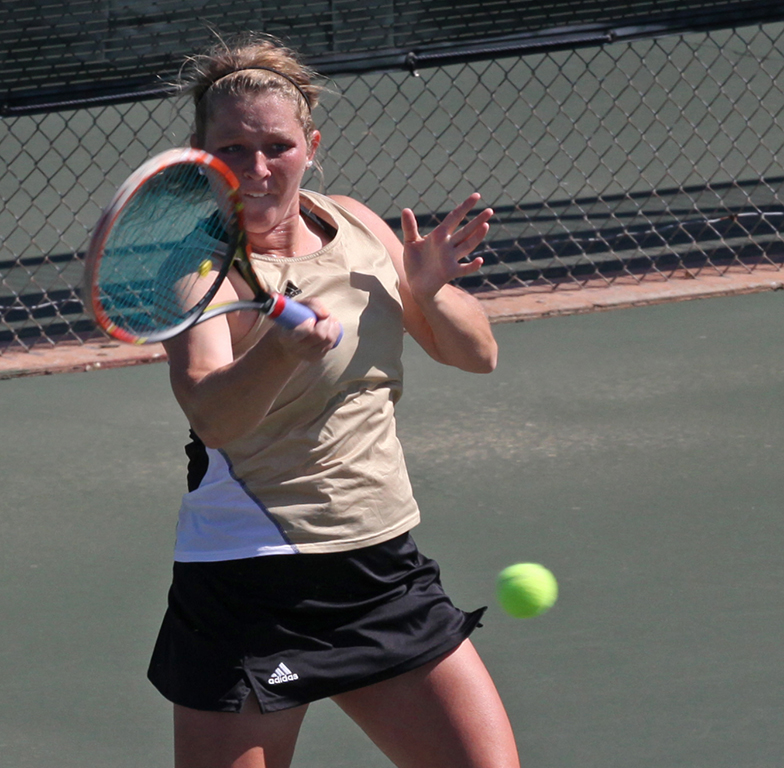 The Academic Excellence Award is an honor granted to teams within the Lone Star Conference. Each year, student-athletes compete for the award presented by Balfour by striving for the highest team grade point average. In the process of determining the sole winner across all sports, each individual sport is recognized for its highest team GPA respective to each gender.

Greg Giddings, assistant professor and faculty athletic representative, said he was surprised to find the athletic programs were not frequently contending for the award.

“I’m surprised that occasionally we don’t compete a little bit more against other institutions. The student-athletes typically do outperform the student body as a whole, but it is disappointing that we’re not at an elite level more frequently than we are,” Giddings said.

Giddings emphasized  the primary importance remains in ensuring the education of the student-athletes is beneficial and thorough even though the lack of competition is displeasing.

“Yes, it would be nice to win those awards, but I think it’s more important that we do a good job regarding the education of our student-athletes and I think we do that here,” Giddings said.

Linn also said recruiting the right people plays a big role in the academic success of the team.

“You have to be aware of that when you’re trying to build a culture. You’re trying to be successful in multiple areas, not just in the court or on the field, but academically or in the community,” Linn said. “You have to bring the right people in and I have by no means figured it out yet, but I think it’s an ongoing process.”

Giddings said recruiting can contribute to academic results. He said that a coach’s job presents significant challenge in finding a student-athlete who can contribute positively in both academics and athletics.

“The difficulty is in the decision that the coaches have to make, because most of these coaches are judged on how successful their students are in the classroom, but they’re also judged on whether they’re winning or losing,” Giddings said. “It’s a difficult road to walk in many ways, to try to find good players who are also good students.”

Giddings said financial differences between each university could potentially uneven the playing field.

“If we had an unlimited amount of money, which we clearly don’t, I’m sure that Midwestern would be able to provide more tutors and more extra-curricular academic help,” Giddings said. “We don’t have those kinds of resources and, consequently, our student athletes have to work a lot harder to keep up than you would at a bigger school.”

Head women’s soccer coach Ryan Spence also highlighted financial aspects contributing to academic results. He said  because of the university’s relatively low tuition, a particular demographic of students is generated here than at other schools within the conference. Spence said he believes this factors in to the equation as well.

“This school is set up as a bit of a less expensive school. I think people see that as being not as academically strong like some of the private schools in our conference,” Spence said. “If they’re more academically driven, they’re going to get more academic money from some of those other schools, so they choose to go that route.”

Spence said consequences for poor academic performance were lacking in previous years and are a work in progress.

“We have to bring in athletes with better grades, and when they’re here we need to hold them accountable, which I think might have lacked within the last few years,” Spence said. “Bad grades didn’t have a lot of consequence with it, so that’s hopefully what we are trying to create here now -consequences to not having GPA’s as high as we want.”

Being the only university in the Lone Star Conference that does not have priority registration for athletes, Linn said this also presented itself as a possible influence regarding low team GPAs.

“Priority registration would help student athletes because we miss more school than the majority of the other students on campus because we are representing the university and spend an entire semester doing something, traveling and competing against other schools which is a value to the university,” Linn said. “I would say there is a lot of value in priority registration and that’s something that we as a university control.”

Along with scheduling conflicts, Giddings noted that overall rigor of a student-athlete’s class schedule can contribute to the issue as well.

“It could be as simple as some of our student athletes take challenging majors. They’re not here to coast through. It’s not like they’re here to just to play a sport and participate. They’re here to get an education, and, in doing so, they challenge themselves,” Giddings said.

Taylor Lampe, exercise physiology junior is a member of the men’s soccer team. He stated much of the responsibility for academic success falls on the student-athletes themselves.

“Athletes need to be doing stuff on their own. We need to be able to go into a classroom and get help from a teacher or from another student or go to an S.I. session (supplemental instruction). I think it’s more on the student-athlete themselves,” Lampe said.

Although the award provides no monetary value, Spence said it is still important to compete for it within the conference.

“At the end of the day, that’s another trophy you fight for,” Spence said.

Spence emphasized the importance of grades during a student-athlete’s collegiate career. While sports occupy much of the athlete’s time and energy during college, Spence believes it is important to prepare for what comes after school.

“You could say that grades don’t matter as long as your eligible to play but that’s not true. At the end of the day, we are setting student-athletes up to do something after their collegiate career,” Spence said.

Giddings said finding the balance between academics and athletics can be difficult, but it is one of the main concerns of the athletic faculty and staff.

“The vision or the mantra, is “lives in the balance”,” Giddings said. “We want our athletes to be competitive on the field and on the court, but we also want our student-athletes to graduate, and I think we do a good job of that.”

SEE 2018 ACADEMIC EXCELLENCE AWARD RECIPIENTS
COMMENTS FROM THE ATHLETES
“Student-athletes are sometimes looked at as just athletes. Our lives become hectic with sports and we don’t always get the help we need to stay caught up.” |Emma Ortega, nursing sophomore (women’s soccer)

“It has a lot to do with how busy we are as athletes. Unless you’re some kind of super human, it’s difficult to keep up good grades, perform at your max potential on the court, keep up a consistent study habit, and still be expected to get a decent amount of sleep. It also doesn’t help that we are told to prioritize school work over sports, yet the expectations set upon us by coaches don’t always reflect that.” | Tiara Wilson, exercise physiology sophomore (women’s volleyball)

“A lot of athletes don’t really value school as much as their sports. For a lot of them, the sport they play has always been a part of their life, so it’s hard to focus on anything else. The university does a good job about study hall hours but it’s up to the athletes to get the GPA up.” | Dillon Pineda, exercise physiology senior (men’s tennis)

“I feel like we are overwhelmed with the work load that the teachers give us the first day. School can be stressful to students. Some have crazy sleep schedules, don’t get the proper nutrition, or simply loose our educational mentality because we are drained.” | Michelle Rieves, respiratory care senior (track and cross country)