A day in the life of Jeanette Perry 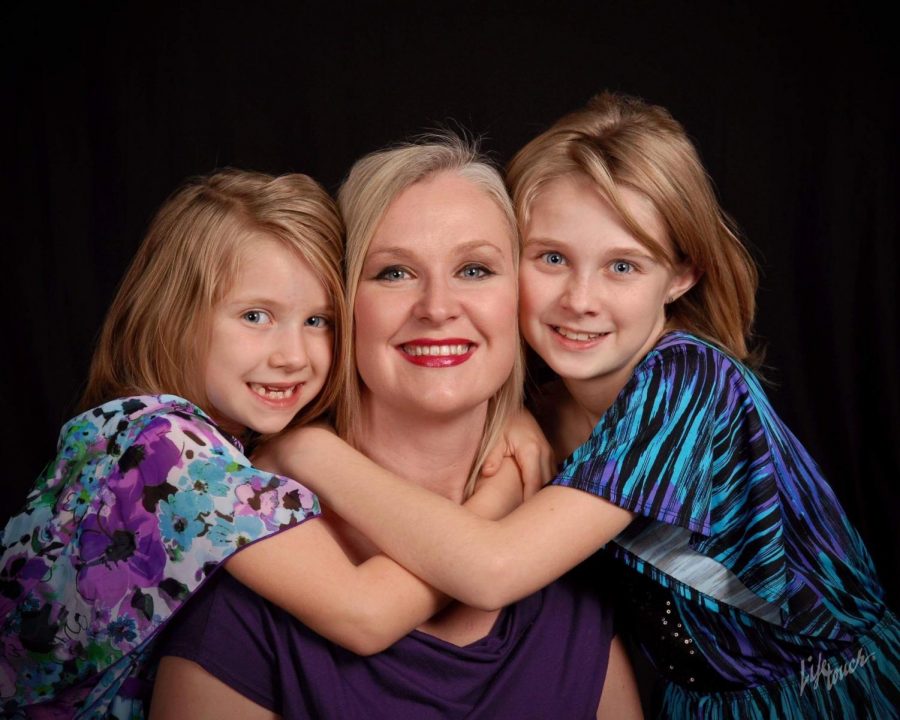 A 5:30 a.m. alarm rings in the start of a busy day for mass communication post baccalaureate Jeanette Perry, university development secretary, who walks down the hall to wake her two children Rhiannon and Meagan. The smell of Café Bustelo coffee fills the air as her morning ensues.

Perry rushes to ensure that Rhiannon (15) is on the bus at 6:20 a.m. and by 7:10 a.m. she is walking out of the door with her coffee in hand. Dropping Meagan (12) off at Burkburnett Middle School, she stops by Braum’s and buys a plain bagel to enjoy on her 20-minute commute to campus.

“Getting someone ready in the morning is a tough task, there are so many things to do and not enough morning to get it done,” Perry said. “I’m surprised my shoes match by the time I get to work.”

Closing in on 8 a.m., Perry pulls into her usual parking spot in front of her job on campus where she is the secretary of university development, a position that requires her to organize the responses received by phonation callers, nearly 38,000 calls per year.

Steve Shipp, the director of university development, said he admires Perry for her tenacity and intelligence.

“I’ve enjoyed working at MSU, because of motivated and highly intelligent people like Jeanette who love what they do,” Shipp said. “She’s concerned about turning out quality work and takes her duties personally.”

On Tuesdays and Thursdays, Perry attends a publication design class during her lunch break that involves creating things such as newsletter designs and websites. David Cash, another student in the publication design class, said that he looks to Perry for encouragement and positivity when he comes into class feeling down in the dumps.

“She’s actually one of the reasons I love going to class, because I get to see her and be around her aura of positivity she creates with her good attitude,” Cash said. “It’s almost like it’s impossible to be negative around her.”

While Perry first attended college in 1996, she married and had her first child in 2002 which prompted her to take some time off of school. When she returned, Perry changed her degree plan to the bachelor of applied arts and sciences and graduated in May of 2002 when she was pregnant with her second child.

“I’m returning now to pursue a second degree in an area I’m more interested in,” Perry said. “In hindsight, I wish I had a high school counselor to better guide my direction the first time.”

A typical day for Perry lasts longer than the average work day. She said that the extracurriculars her children are involved in take up most of her free time, including weekends, but still manages to complete all of her homework assignments.

“When I’m not working 8 a.m. to 5 p.m. and attending classes, I’m running between soccer, cross country, band practices and games, making sure everyone has everything they need when I get home,” Perry said. “Then I try to get my homework done for the next day.”

“Thankfully I have a husband willing to divide and conquer when I need him,” Perry said. “Without him, it would be extremely difficult to balance the time.”

When she’s able to have a night to herself, Perry said she enjoys crafts such as crocheting and stitching. In the past, she occupied her free time participating in live theater locally, but said that it’s next to impossible with her busy schedule now that she has enrolled in school again.

“The biggest thing that sticks out about Jeanette is that she is a hard worker,” Charlotte Damon, a friend of Jeanette, said. “From the experiences I’ve had with her, she puts 100 percent into everything she does – wife, parent, student, musician, vocalist, and professional crafter. She gives everything she can to any project.”

Perry may have off time from her job and school, but she has no off-time as a mother. Her daughter Meagan said she appreciates her mother’s dedication to making sure that she always has everything she needs and gets her to where she needs to go.

“My mom takes time everyday to make sure I get where I need to go,” Meagan said. “I love my mom.”

Day in and day out, Perry strives to learn new things and set a good example for her two young children who look up to her.

“I learn something new everyday. I will never get to an age where I think I know everything there is to know,” Perry said. “You can be a teacher and not know it and you can be a student and learn from someone unexpected. I will always leave myself open for those life lessons.”