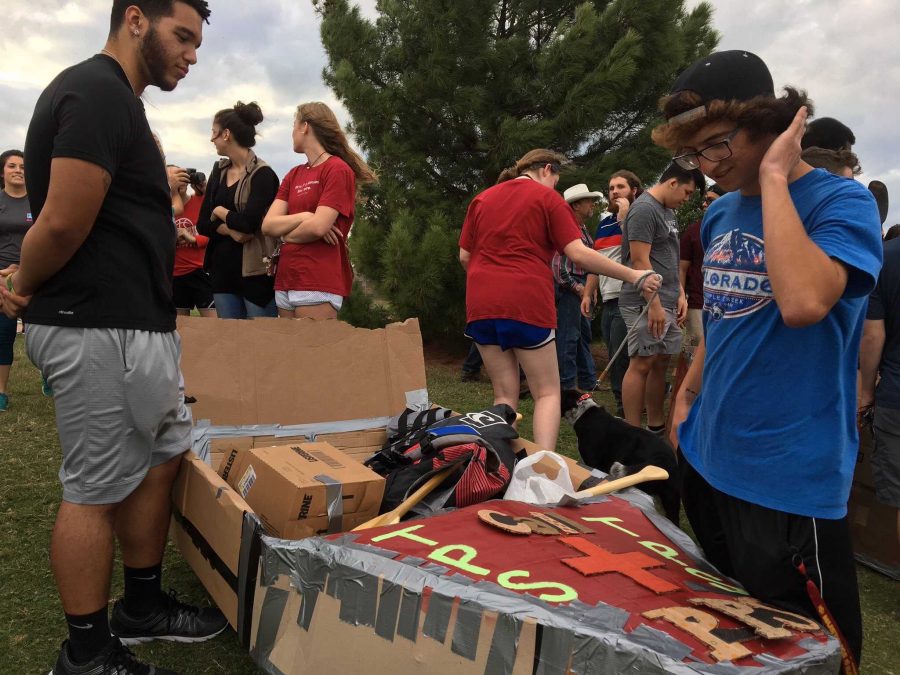 To ease the transition to college for first-generation students, the Priddy Program was launched in fall 2017 providing funding for 30 full-ride student scholarships and will fund 10 additional scholarships each fall.

“We didn’t have as many applications for the upper-class positions as we had hoped,” Dean said. “We actually don’t have even numbers of 10 [per class]. But that was just based on the number of applications we received from the different classes.”

“The most vulnerable students we had, income-wise, were students in the $50,000-$125,000 bracket. We saw that generally if students are making $50,000 and under [they] are not paying much at all. Students in the middle income are generally not qualifying for grants and they are the ones we are seeing struggling the most to pay for college. That’s why we wrote the grant specifically to that income range,” Keith Lamb said, vice president of student affairs.

Students in the low-income class are able to receive the maximum amount for the Federal Pell Grant which can be as much as $6,095 and the Texas Grant which can go up to $5,000.

“College is becoming very difficult for middle class families to afford. If the lower income students have grant support, higher income students families can generally afford [college]. It is this group in the middle that is very vulnerable. So what we did is that we essentially paired two of our most vulnerable groups, to see if we can make a difference,” Lamb said.

The Priddy Scholar recipients get tuition and residential life paid in full for four years. They get 30 semester hours covered each year, as well as supplies such as textbooks and scantrons. Each classification has different requirements that students must participate in order to remain in the program.

Students who fail a class have a probation period if their GPA falls under 2.5.

Only five students have lost their scholarship, three freshman, one sophomore, and one junior.

Dean said there are various reasons students may lose their scholarship. Such as not going to meetings or the required workshops or just wanting to do other things that are not allowed if you are a Priddy scholar recipient, such as having a job during the school year or not wanting to live in the residential halls.

The Priddy scholarship is competitive and requires students to push themselves and be involved in school. Essentially making school their job.

“They are required to live on campus so they have a meal plan and room and board is covered. They also can work in the summer to save up some money. [Students get a stipe-in of] up to $1000 each semester,” Dean said. “We looked at the published financial aid and cost of attendance and basically adjusted our funding to reflect that.”

Dean said more than 225 students have applied to the Priddy scholarship, making it around 110 to 115 applications per school year.

Despite this being only the second year that the scholarship is offered, it has greatly helped the recipients in more ways than just financially.

“If I wouldn’t have had the scholarship I feel like I would stay in my room all the time. This scholarship allows us to go to different organizations to get involved more. I wouldn’t [be able to] figure out what to be involved in on my own. I need someone to guide me,” Quiñones said.

The Priddy scholars get to know each other more due to the fact of having to attend meetings and workshops together.

“The scholarship has helped me socialize more with the other girls in the scholarship [program],” Carolina Beltran, nursing freshman, and Priddy recipient said. “We already bonded and have become close friends. It also helps me get out into the school and visit different organizations and see what it is all about and go to different events that I probably wouldn’t have gone to if I wasn’t required to go to them.”

The scholarship requires students to attend 80 to 100 engagement hours.

Beltran said that they even attended a hypnotist show.

As the students stay in the program for the years to come they are encouraged to get more involved, such as taking officer positions in the organizations that they originally took in interest on.

The grant for the scholarship was only granted for seven years.

Lamb said the school can apply for the scholarship to be renewed after the seven-year period is over and some things can change with the requisites for the grant renewal. Such as lowering the income bracket or including second-generation students. However, the freshman who received the scholarship on the seventh year will still have the scholarship until they graduate, if the scholarship weren’t to get renewed.

Must be first-generation college students
Have a high school minimum 3.0 GPA
Must have submitted the Free Application for Federal Student Aid
Adjusted family gross income between $50,000 to $125,000

For student’s whose income is less than $50,000, they are eligible for the Mustangs Guarantee Program.

Requirements to maintain the Priddy scholarship:

Maintain a 2.5 minimum GPA
Attend mandatory engagement hours, meetings and workshops
Freshman must participate in a first-year learning community.
Sophomores select and complete a community service project
Seniors and juniors must participate in study abroad, an undergraduate research program and hold an internship.