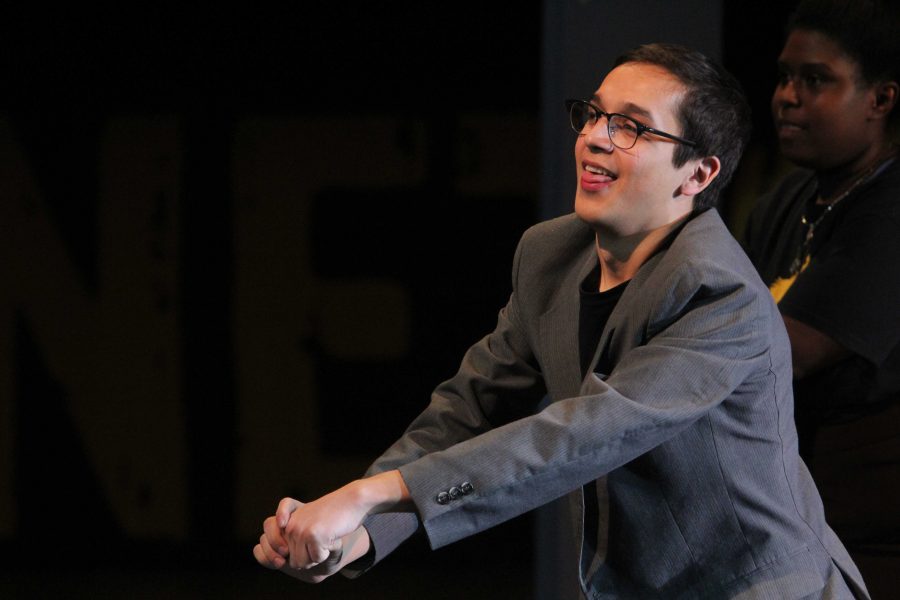 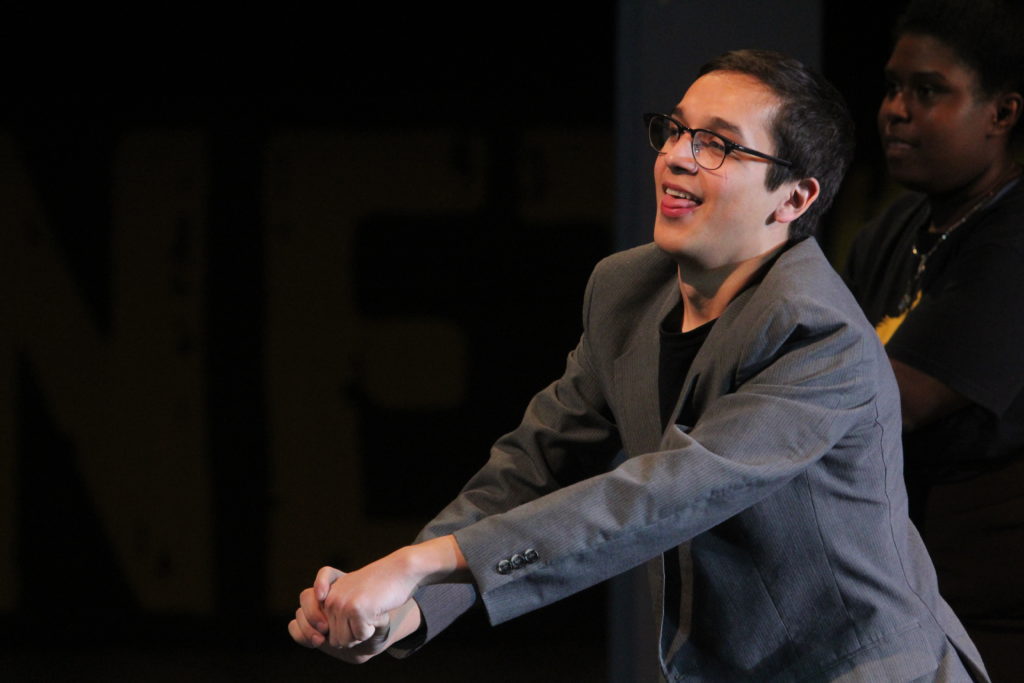 Christopher Cruz is active all across campus.

He has been president of People Respecting Identity Diversity for Everyone. He’s a member of Omega Delta Phi fraternity.

And now, Cruz, a theater junior, is one of 20 students playing in “Urinetown: The Musical,” his first main stage performance at MWSU that opens Feb. 22.

Reporter: What is going on Chris?

Chris Cruz: Hey. How are you?

Reporter: I am all right. I’m here on behalf of The Wichitan, and we are trying to get to know a cast member for “Urinetown.” So if you do not mind, we are going to follow you throughout the day and get to know you. Ok?

Cruz: Where should we go?

Reporter: Well what do you normally do around this time?

Cruz: Well, I just got out of class and I am changing things that could go on today. So right now, I am about to go eat.

Reporter: So Chris, is this your first musical?

Cruz: It is actually my first musical and my first main stage show here at MSU.

Reporter: Oh really? So what is a main stage show? Could you explain that for us?

Cruz: We have a main stage where we put on big productions, we build scenery, have more than 100 pictures and we use the big productions that you would usually see on YouTube.

Reporter: Ok that’s cool. So tell us about your character.

Cruz: I play Mr. McQueen in “Urinetown” and he’s basically like the sidekick of the villain and in this musical, it’s very exaggerated, very comical, and animated. So the villains are very mean and very Whoa. An then my sidekick is like the flamboyant person thats just there and like the villain and admires the villain.

Reporter: So what is, in the shortest way possible, the premise of “Urinetown”?

Cruz: So, these rules. You said short right? Man! Ok. Basically a corrupt company that corrupts peoples lives and the poor are trying to rebel against the corrupt company.

Reporter: So what made you go out for a role like this?

Cruz: Well first of all, I am a performance major. So I have to audition anyway. But we do musicals once every five or once every six years. It’s a once in a lifetime opportunity. Like we only get once your in college and here. So like, it’s a good opportunity to experience like musicals, dance, auditions, call a monologue, and all that.

Cruz: Well first, I like to warm up. I do some things I learned from my freshman year and Boys for Theater class. We do this thing like tremor exercises, where it deepens our voice and like we use diaphragm. And then I stretch and get my body ready. I do that for about 50 minutes. And then I use these note cards, I think I have them in my backpack, where I write my lines and on the back I write why the character would say this. Like whats the intentions and movement and what the characters want. So I read the lines and on the back I just say okay so this is what McQueen wants and this is why he saying this line.

Reporter: So you basically get into the mindset of the character?

Cruz: Yes. You have to set yourself up a back story to the character.

Reporter: So what backstory have you given your character?

Cruz: I have not gotten there yet.

Reporter: That’s cool. So what have you learned so far from the theater program at MSU? Has it sharpened your craft?

Cruz: I learned everything because I came in as a theater baby and learned the lingo and everything you need to begin with.

Reporter: So what are we about to eat today?

Cruz: I love their nachos.

Reporter: So when is the show?

Reporter: Is it free?

Cruz: It’s free for MSU students and faculty. Bring your MSU ID. Its $10 for the community.

Reporter: Any final word for every before you devour your dinner-lunch