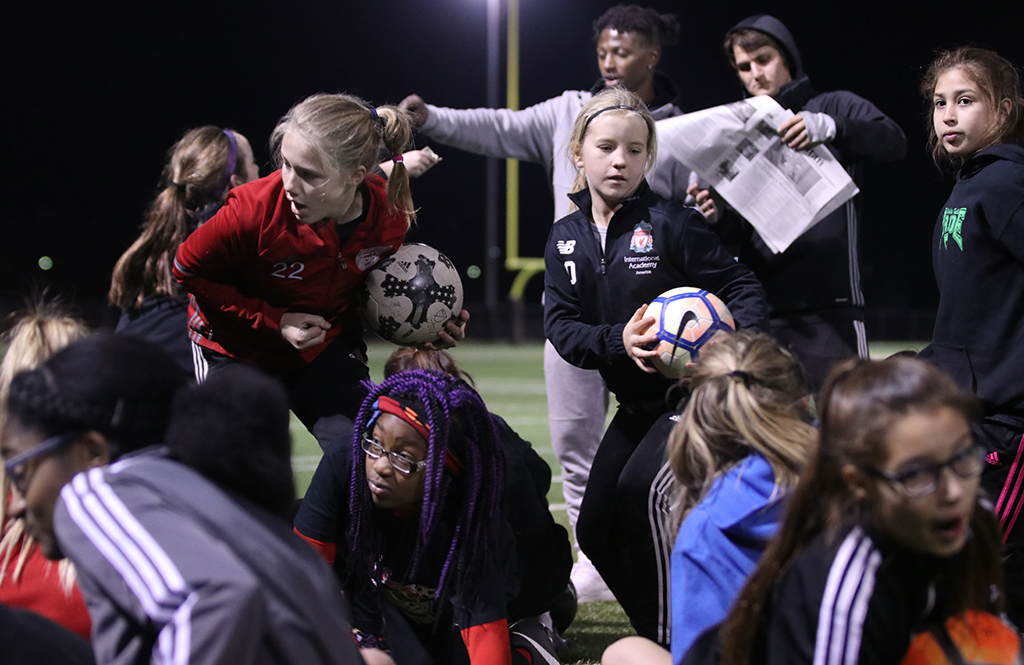 Alex Dimitriu, undecided sophomore, and Steve Pondeca, finance redshirt sophomore, start off practice by showing their students an article written on The Wichitan about them at the recreational athletic fields. Wednesday, Jan. 24, 2018. Photo by Francisco Martinez (Francisco Martinez)

Alex Dimitriu, undecided sophomore, and Steve Pondeca, finance redshirt sophomore, start off practice by showing their students an article written on The Wichitan about them at the recreational athletic fields. Wednesday, Jan. 24, 2018. Photo by Francisco Martinez

Their time spent on the field only enticed them more. Between hours of practice and game time, Steve Pondeca, winger and finance sophomore, and Alex Dimitriu, midfielder and business management sophomore, wanted to share their passion for soccer through private clinics with local children to earn a small income from their love of the sport while strengthening skills in the youth.

Empire Development is a youth development program that charges $5 an hour for private clinics teaching students how to play soccer. There is not an age requirement for students. The clinics typically last from an hour to two hours at a time and are aimed at improving each child’s skills individually.

“It is the first development program for soccer in Wichita Falls,” Pondeca said. “We’re not exclusive to any team, but we take any individuals of all age groups, boys or girls, from whatever team. We teach them how to play soccer properly,”

Despite being from two different ends of North America, the two friends and business partners said they met at Niagara University. According to Dimitriu, it was through knowing Pondeca that he found out about this university.

Dimitriu said, “We went to school together [and met during] our first year at the Niagara University. We left there, he [Pondeca] came here [MSU] and I took a year off.”

Pondeca planted the seed for Empire Development when working for Select FC, a local independent soccer club in Wichita Falls. According to Pondeca, the coach of the team he was assisting put him in charge of training while the coach was working full-time in Dallas.

“[The coaching job] didn’t work out because the parents were used to the way [the coach] was running it, and I completely changed things to the way I wanted to do things. But then I had a few of the parents come up to me and say that they liked what I was doing,” Pondeca said.

Some parents noticed how he played at the MSU soccer games and were encouraged to bring their children to his trainings. It wasn’t until August of 2017 that he said he was inspired to put his brand on his clinics.

Like many businesses, Empire Development started with a low number of customers.

“When we first started out, we were there with three or four girls and we were there [training] for an hour and a half to two hours,” Dimitriu said.

According to Dimitriu, from a financial standpoint, a $5 charge is significantly less than what major clinics are charging in bigger metropolitan areas, such as Dallas.

Dimitriu said, “[Dallas] is pricey. [Clinics] charge $75 an hour and they are doing the exact same thing we do.”

What distinguishes them from other coaches, aside from the cost of the clinic, is their emphasis on development rather than winning.

“Why you win with us is because we know what worked along our development… You’re [other coaches] pushing children in the completely wrong direction. They are motivated by winning and not the game,” Dimitriu said.

Pondeca and Dimitriu said because they are playing soccer for the university, they have a passion for the sport that is transferable to their clinics, while other coaches have no experience playing the sport for a professional team.

“It’s like a fat doctor trying to tell you how to eat right,” Pondeca said.

When discussing the future of Empire Development, Pondeca said he hopes to expand his business to reach out to all of the kids in Wichita Falls.

Pondeca said, “I want to coach ever kid in Wichita Falls. As it is right now, the only clubs, as far as playing at a high level, are Liverpool or another independent organization. There is certainly nothing like what we are doing here.”

Pondeca also said that he hopes to give other athletes on campus an opportunity for work through Empire Development.

“We have two and a half more years left here and what I eventually want to do is build this [organization] up so that all the MSU soccer players, men and women, have a thing to do. Nobody is hiring student athletes around the area.”

Pondeca said he also wants to use Empire Development to give back to the community and hopefully help more kids interested in playing soccer have a chance at “making it big.”

“I want to give back to the community. We get a lot of people out at our games and they seem excited to see us play. It lets us know that [kids interested in soccer] want to be where we’re at, but it is hard to get there,” Pondeca said. “Maybe one or two kids are going to [make it to the college level with soccer] out of 200-300 kids that want to play. They don’t have the opportunity to do it. Doing this gives them the opportunity to do it.”

As for the ultimate goal of the business, Pondeca said he hopes for Empire Development to be a major player in youth development in Wichita Falls.

“I want Empire Development to be the face of youth development in Wichita Falls,” Pondeca said. 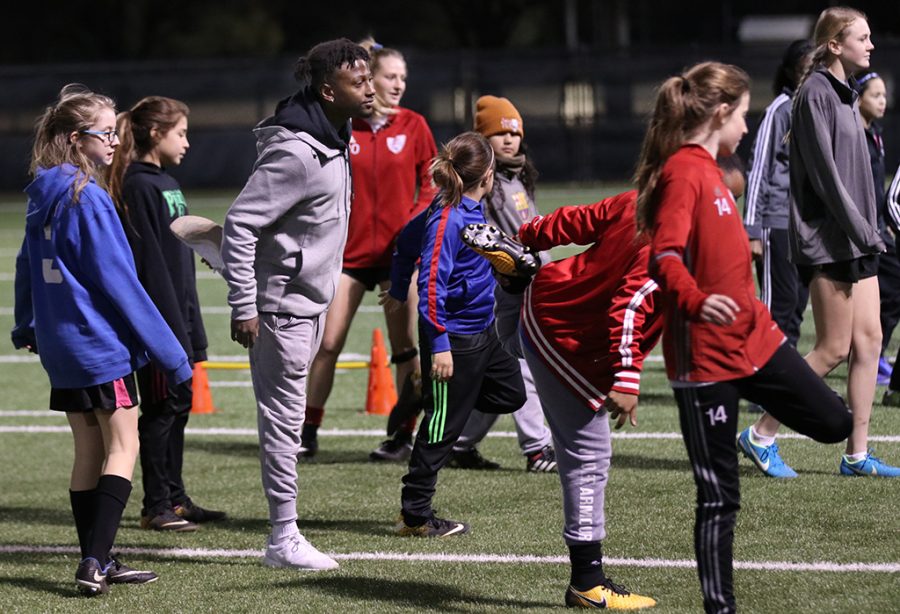