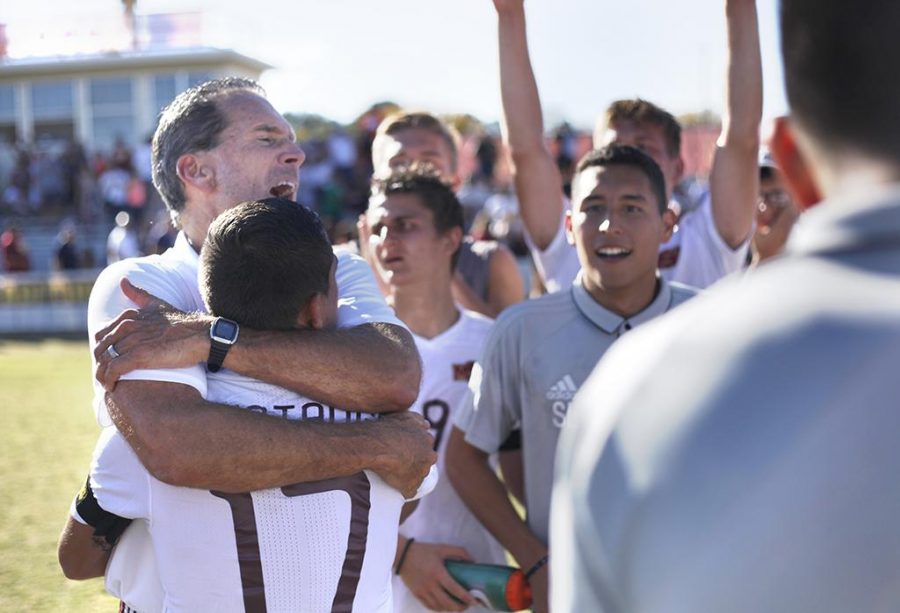 The men’s soccer team continues to be undefeated through the post season with MSU defeating Colorado Mesa in a 3-0 second round victory on Sunday, Nov. 12.

MSU is now ranked number one in the Heartland Conference made up 11 teams including: Angelo State, Eastern New Mexico, Texas A&M, and Texas Woman’s.

MSU in the post season, is competing in the NCAA Division II Men’s Soccer, South Central Region Championship. After their second round victory, MSU advances to the third round. Their next game is on Thursday, Nov. 16, at 7:00 p.m., against Colorado Mines.

There is a lot at stake in the next two games for MSU. With two more victories, MSU can secure a spot in the NCAA Division II, Final Four taking place at Scope Park stadium, Kansas City, Missouri on Nov. 30 through Dec. 2.

Doug Elder, head coach, is one of the people responsible for the success of MSU’s soccer team. With his 18th campaign as head coach coming to a close, Elder and his team are still undefeated with a record of 19-0-2.

Koby Sapon-Amoah, right back junior, is pretty confident about beating any teams in the tournament.

Amoah said the team owes everything to the coaching staff and their fans.

“We owe a big thank you to the coaches for preparing us everyday and teaching us everyday nothing is given, always earned. And the fans of course, for the support and making home a feared place to play at,” he said.

“I don’t think about any of the undefeated stuff. We will treat no game differently to any other game we have played this season. Our mindset and mentality from the start of this season got us this far, so I see no reason to change it. We play the game, not the occasion,” Fitzgerald said.

Fitzgerald said he is thankful of everyone who has supported MSU’s soccer team.

“I’ll always be thankful for the work, the coaches, athletic trainers, parents, and everyone who comes to support every week. But most importantly, the work these boys have put in all season has been second to none and it’s not about to stop now,” he said.