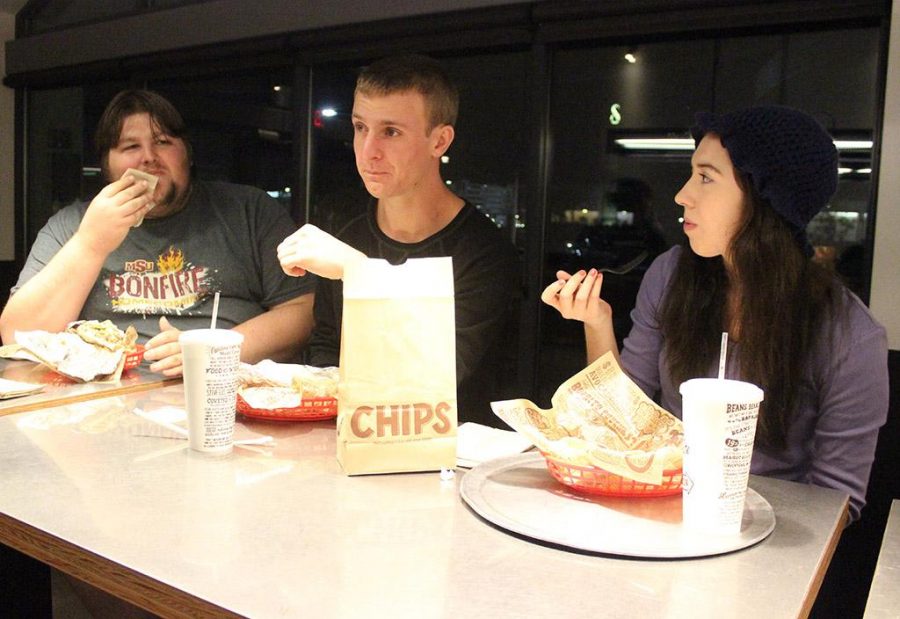 Created in 2012, this scholarship is passed down yearly — typically in May — from the past year’s recipient to a junior. That student is selected through a vote within the mass communication department. Unlike other scholarships in the department, such as scholarships from the Fain Foundation and Tres Hood and Suzanna Espinoza memorial scholarships, the Legacy Scholarship does not have strict guidelines.

“There’s a minimum in terms of how many credit hours you’re taking for the Fain scholarships that are given out for the department,” Jim Sernoe, mass communication department chair, said. “There are bunch of different rules you must meet and a scholarship committee of faculty decides. It’s a lot more complicated. The Legacy scholarship it is strictly the students who are voting, so it means something a little different that your peers have nominated you.”

To give back to the scholarship, recipients are require to create a fundraiser and use the proceeds for the next recipients’ scholarship fund, and Wallace has been planning for this event since last semester. She tossed around a few ideas until she settled on a food give back, although “deciding on what to do was kind of hard,” she said.

Wallace said the department isn’t looking for someone with perfect grades, but a reliable and trustworthy person. As long as the next recipient has a “great work ethic,” Wallace said she will gladly pass down the scholarship responsibility.

“They apply their own criteria, so it’s not just the person with the best GPA or the person who’s involved in the most clubs or anything like that,” Sernoe said. “Usually, they think about who has contributed to the department in a number of ways: academically or through extracurriculars or all of the above, someone who is a leader in the department.”

According to Chris Collins, former student and creator of the Legacy Scholarship, said he also agreed with those qualities and purposefully did not set strict eligibility guidelines.

“A lot of scholarships have a certain person in mind,” Collins said. “The parameters [for this scholarship] are super loose. It should be someone who has financial need, a hard worker and is fun to be around.”

Past fundraisers have ranged from a “Burger Burn” to a “Car Bash,” and while Sernoe said he doesn’t have a favorite fundraiser because “they’ve just done a lot of different, creative things,” one notable fundraiser organized by scholarship recipient Erin Minihan, a former associate producer for KFDX who currently lives in Rowlett, Texas.

“The student talked to someone who donated a car — some old clunker car — that was dying anyway and got an axe, gloves, goggles and all that safety kind of stuff and they charged a dollar for a swing at the car. They had a tarp at the parking lot and they just smashed the windshield and smashed the tires,” Sernoe said.