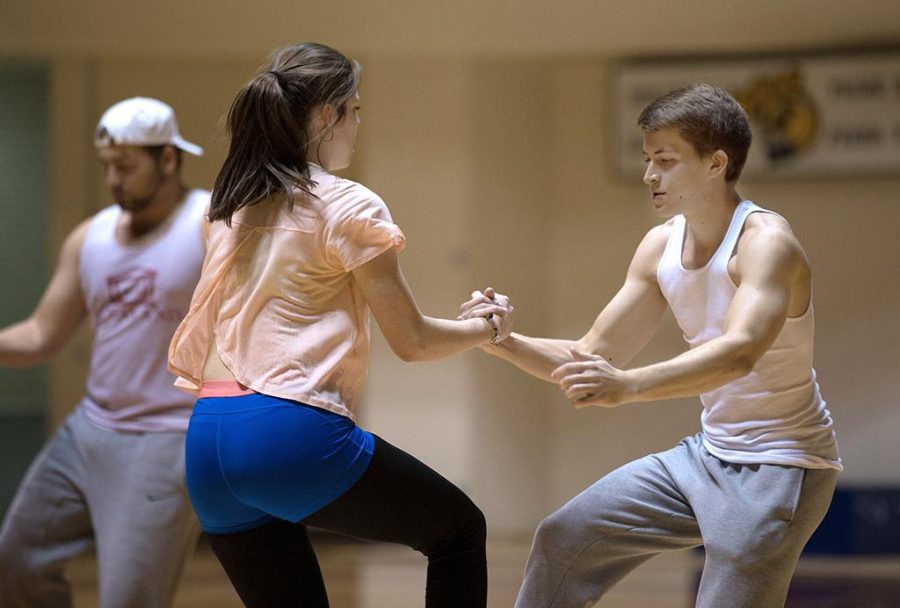 As the focus drew down to the the top three, the crowd became restless. After each performance, cheers erupted from the audience, and the night had been filled with nostalgia and excitement, however, the performers and the audience waited to hear the finalists announced.

Treston Lacy, mass communication senior and emcee for the event, walked out on stage, hands clutching the mic. The coliseum was packed with students all the way to the top, and everyone was focused on Lacy, eager to hear the results.

“MSU cheer,” Lacy said into the microphone followed by the roar of the audience.

“Alpha Psi Omega,” he said and the tension built as all the groups waited to see if they made it to the finals.

“Caribbean Students Organization,” he said, and with that, the top three lip sync groups now prep for the lip sync finals at the bonfire on Oct. 19 at 9:15.

As part of Homecoming week, lip sync has one of the highest attendance rates. Last year, CSO won first place, but Alpha Psi Omega has yet to take part in the finals.

“This is the first time Alpha Psi Omega, and we did it to get our name out and show our face,” Julia Lucas, education junior and Alpha Psi Omega member, said. “We went for nostalgia, and we wanted people to sing along with us. We put a lot of work practicing.”

Hard work and effort are required to land in the top three, cheer captain and dental hygiene senior Mark Benoit said, which is something he isn’t foreign to.

“This is my fourth year doing lip sync, and I think I am a professional,” Benoit said. “We practiced pretty much every day; we had a lot of TLC, Spice Girls, Aaliyah, Gwen Stefani and Bell Biv DeVoe. I expect a lot more people, but way more energy for the more people that are going to be there.”

According to Grantley Samuels, mechanical engineer senior and CSO member, said it “feels really great to place,” and they will “execute the same routine” to take home the win. Their routine contains songs like the “Fresh Prince of Bel-Air” theme song, which excited the crowd.

“It was a group effort for the idea for lip sync,” Samuels said. “With hard work and dedication, anything is possible.”

Lip sync finals will take place on Thursday, Oct. 19 in the south parking lot of Prothro-Yeager after the 9 p.m. torchlight parade and bonfire.