Conservation through art: ‘Landscapes from Maui’ 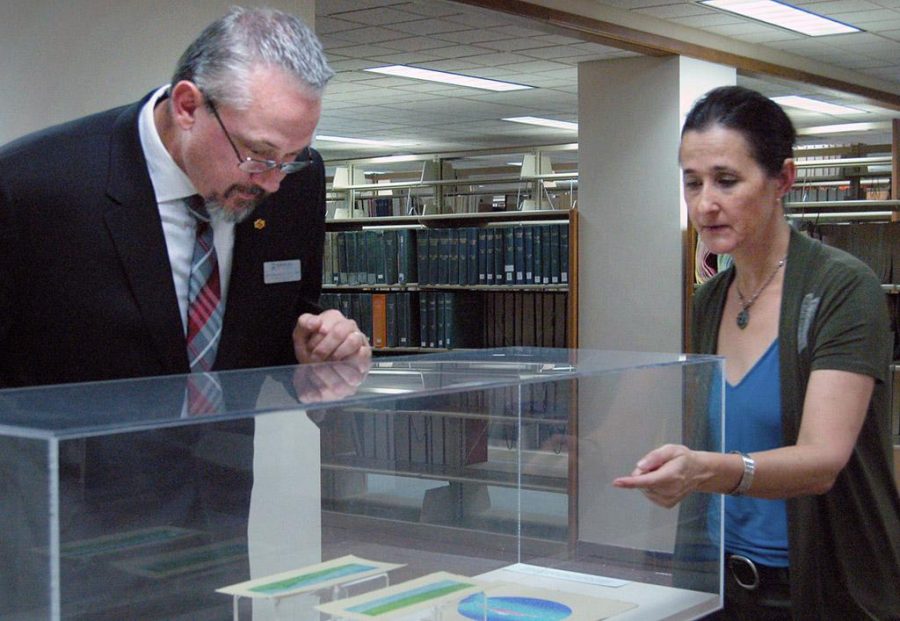 James Johnston, provost and vice president for academic affairs, and Catherine Prose, professor of art, look at model of Landscapes of Maui on Oct. 6 at Moffett Library. Photo by Shea James 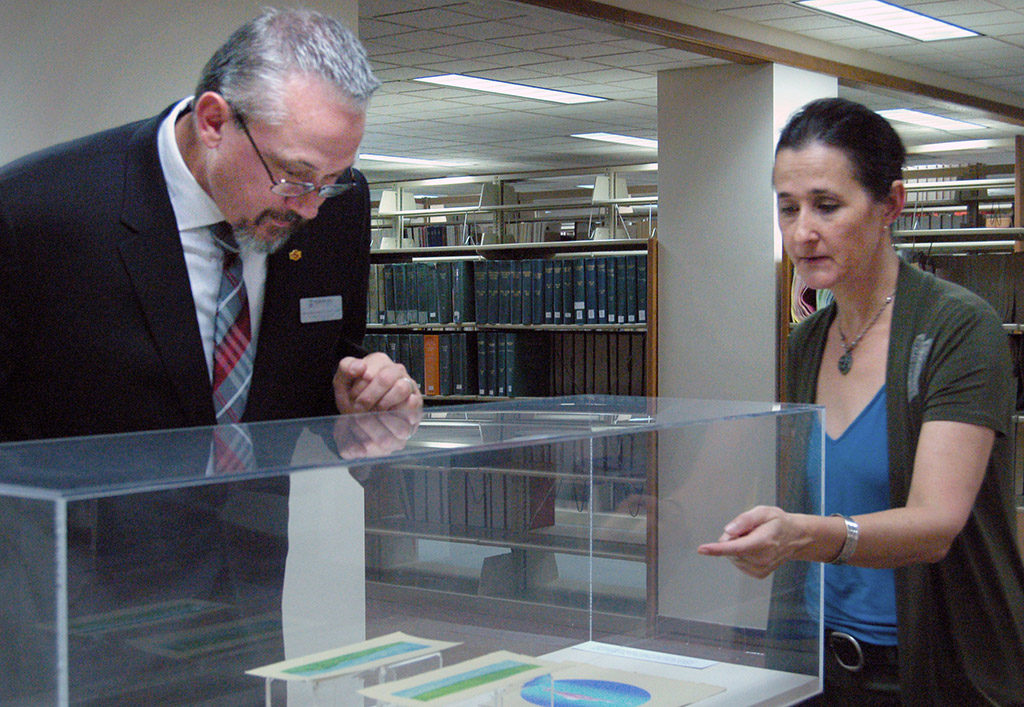 James Johnston, provost and vice president for academic affairs, and Catherine Prose, professor of art, look at model of Landscapes of Maui on Oct. 6 at Moffett Library. Photo by Shea James

The murmurs of hushed voices fade away, as the jungle and sand overtake the imagination. The peaceful beauty of the oil landscapes steal away from the reality of shuffling art enthusiasts discussing the “Landscapes from Maui,” exhibit by Catherine Prose, professor of art.

About 22 people gathered at Moffett Library on Oct. 6 at 4 p.m. for Prose’s exhibit, which was a result of Prose’s 14-day Paul Bice sabbatical on the island, which she said she was excited about.

“The grant was very specific about going to Maui,” Prose said. “What perked my interest was a book I read by E.O. Wilson, a two-time Pulitzer prize winner, who said that Maui was very unique in that it is relatively untouched by man.”

Prose said that during her time on the island, she was amazed at the landscape.

“I had a detailed plan of the sites I was going to draw, and I identified where I was and where the camp was and picked the sites,” Prose said. “As I was beach-hopping, I started to go off trail and found some of these sites.”

Prose, who is an advocate for a theme of conservation reflected in her work, said that the island now faces a problem with invasive species.

“She has been working of the issues of plants and invasive species and that ties into her body of work,” Gary Goldberg, professor of art and gallery director, said. “It’s more about the landscape and the ecosystem and how they relate to one another. It’s an ongoing project, so a visual artist is like a scientist who goes into the wild, collects data and analyzes it for a few years.”

“Landscapes from Maui” is an ongoing project, with a new piece being added to its central display every month, and Prose said the oncoming drawings were like investigative motifs.

According to Carlos Aleman, exhibit organizer, the installation of the exhibit in the library took a little planning.

“It’s beautiful, and I loved the concept behind it,” Bates said. “When [Prose] got back, she wanted to do something. We’ve partnered with Cat for a couple of years. I’ve always loved her stuff.”

The money from renting artwork to the library goes to a scholarship for art students, according to Prose.

Ruth Morrow, professor of music, has been to Maui before and said Prose’s drawings captured the spirit of the island.

“If you really look at it, there’s not really the human element,” Morrow said. “Sometimes, it is through these paintings that we can have a snapshot of what places are like. We can look back and ask, ‘does it look the same?’”

Prose drew 19 drawings on the island in plein air, also referred to as open-air drawing, which requires the artist to draw the piece onsite in a single sitting, with each drawing taking around one to two hours.

“The whole idea of plein air drawing is fun,” Aleman said. “It has its own organic beauty. It’s a more developed part of her work.”

Chester Zachary, Wichita Falls resident, said he was pleased with the fact that the students would get to see their professors’ work.

“It would be better for the students to see what their professors are capable of,” Zachary said. “It’s very impressive with the time it took, especially considering the detail.”

A little bit about Catherine Prose.

Catherine Prose is a professor of art at Midwestern State University. She received her bachelor of art from Cameron University in Lawton,Oklahoma and her masters from Texas Tech University in Lubbock. She is a mixed-media artist and her work focuses on printmaking, photography, painting and drawing. Her work has been exhibited in the National Gallery in Australia, in the Colorado Special Collections in Boulder, Colorado and at her alma mater in Texas Tech. She is an advocate for the conservation of endangered and invasive species and endangered landscape.