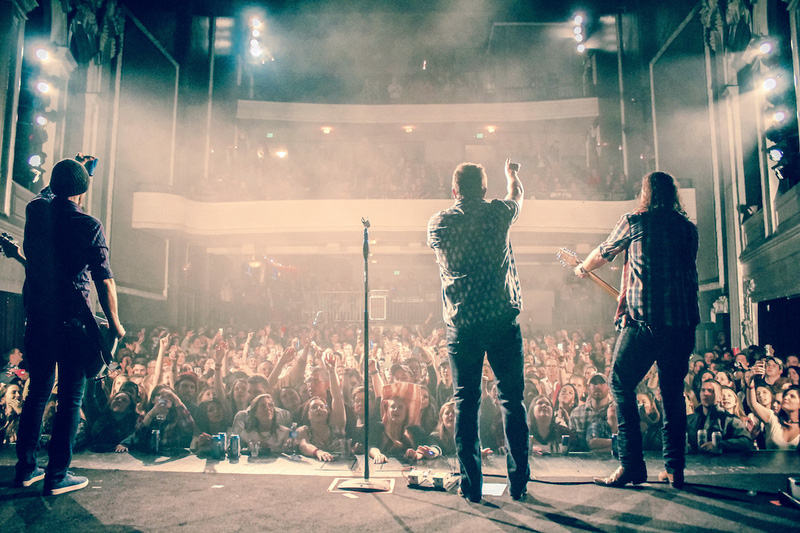 Answering the phone with a raspy, tired voice, Mike Eli of Eli Young Band admitted he partied a little too hard the night before.

“I’m a little hungover, if we’re being honest,” Eli said in between laughs.

“At that point, we were basically a glorified garage band,” Eli said. “We had to ask where the on/off button was on the equipment, if that says anything about our expertise [at the time].”

“Sigma Nu brought us together,” Eli said. “Without it, we wouldn’t even know each other. None of this [the band, the tour] would even be happening.”

He said when they can, the band members participate in alumni activities and donation to the fraternity.

“We try to do alumni stuff,” Eli said. “Obviously we’re pretty busy, but we want to do what we can to thank Sigma Nu.”

After three No. 1 hits, a Grammy nomination, an Academy of Country Music award and five albums with a sixth in progress, EYB has been on tour for almost six months. Eli said it can be hard to be away from family for that long, but it’s worth it.

“We never really leave the road, man,” Eli said. “We’ve been at it for awhile, and it gets hard, but we have really cool jobs.”

Eli and his wife, Kacey, welcomed a baby daughter, Kline, into the world in 2012. He said leaving them makes touring even more difficult.

“Leaving my girls makes me think about being away all the time,” Eli said. “Then I remember what I’m doing and it’s worth it. Not everyone gets to do this for a living.”

Eli said the band members have always enjoyed coming to Wichita Falls because of the people.

“We love the people here. They make the shows what they are,” Eli said. “They’re all so welcoming and that’s why we love performing here.”

Eli said he was unaware that Denim and Diamonds, popular country western dance hall and bar, will be closing its doors after its remaining concert shows.

“Now that I know it’s closing down, that makes me kind of sad,” Eli said. “I’m sure we’ll play at another location, but D&D has been the place to perform.”

The bar first opened in December 2011 and has been a popular bar among college students because of its college-night specials on Wednesdays.

“I’m a little bummed out [that it’s closing] honestly,” Hannah Schulte-Bisping, radiology junior, said. “That used to be the place to go out on a Wednesday before Lonestar and Whiskeyta became popular. I’ve made a lot of memories there.”

Despite the venue closure, Eli said he and the other bandmates are excited to perform April 14.

“We’ll be playing a mix of old stuff and new stuff,” Eli said. “We want everyone to come see us play. It’ll be great, like it always is.”

Their new album will be available for purchase in June.