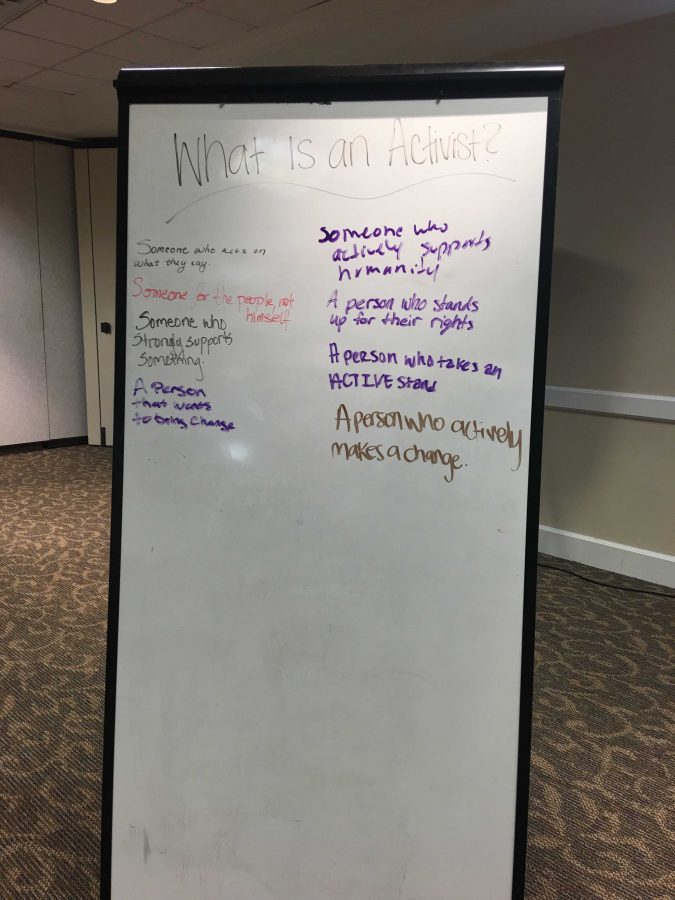 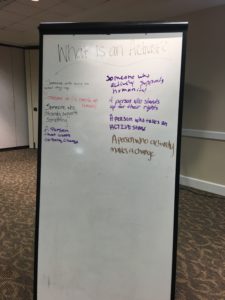 In a room full of 30 students, Black Student Union hosted an event discussing the difference between actors and activists on Feb. 6 in Clark Student Center in the Comanche room.

Syreeta Greene, director of equity, inclusion, and multicultural affairs, said the BSU came up with the topic of the discussion.

“We heard the whole actors and activists statement from a speech and we figured it would be a good topic with everything that’s going on these days,” she said.

Greene said being an actor or activist is about intentions.

“You have too many people out there in terms of the actor piece, who really are just trying to make sure they get a selfie. Activists are actually involved for a cause, not trying to get likes on their posts for attention.” she said.

Greene switches the topic to what sources students are getting information on protests from. Some students said Cable News Network, some said social media, or BuzzFeed. “Be mindful of where you are getting your information from,” Greene said, “many news sources don’t show the whole story.”

Students were encouraged to use social media to spread news on protests to update friends and family.

Mass communication junior and president of BSU, Ricinda Parks-Turner, spoke during most of the discussion and got students involved in an activity to hear more views on activism.

At the conclusion of the event, Parks-Turner said,“I really hope this meeting let some people know what the difference is, and that being an actor is not a bad thing. Activists need the actors to spread the word because they can plan that protest, but they need those actors there to retweet it on social media and tell people to go to things.”

At the end of the discussion, students gave out ideas on how to get more people involved in BSU.

“I learned a lot making this presentation so I hope the students learned a lot and are able to use it and benefit from it,” Parks-Turner said.

Dominique Williams, a criminal justice senior, said he finally had time to get involved in something outside of football, so he came to a Black History Month event. He said, “I never really got to be a part of things, so it was my first time being able to come after playing football. I told people I would come, I had to keep my word on it.”

Williams said before this discussion he knew what activism was, but it helped him get other people’s viewpoints.

There are more Black History Month events coming up this month and BSU’s next meeting is on Feb. 12 at 7 p.m. in Prothro-Yeager 209.