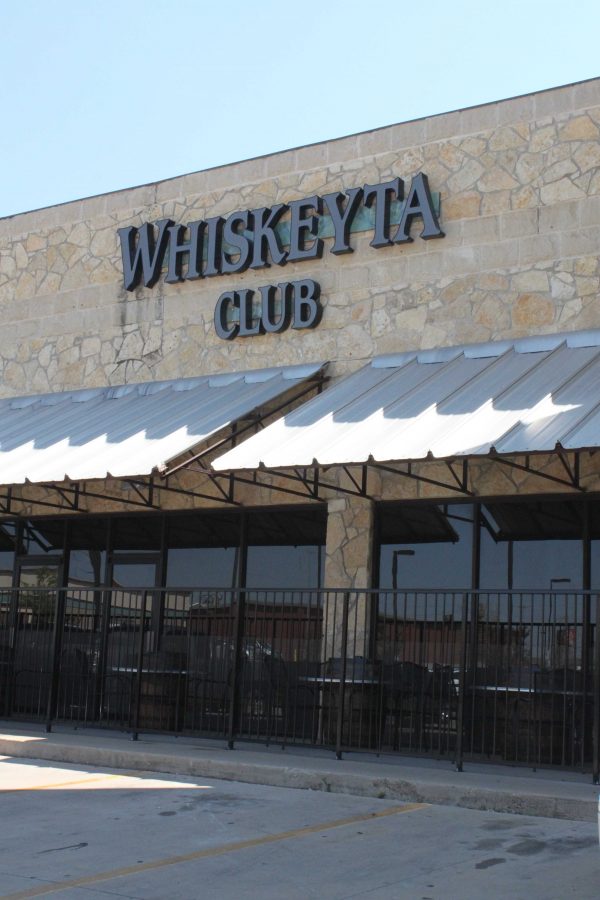 There is a new hot spot in Wichita Falls that will appeal to many in the 21 and up crowd. With spacious room, crazy variety of alcohol and beverages, appetizers for the late night munchies, and just that good vibe feeling, everyone will be rushing to Whiskeyta this weekend.

“There are many stories about the name, but back in the early days of Wichita Falls alcohol was easily available,” said Abbey Wuthrich, co-owner and operator of the new 7,200 sq. ft. whiskey bar. “People who were passing through town gave the nickname ‘Whiskeyta’.”

“We wanted to bring something new and different to the area,” Wuthrich said. “A really nice place to go sit, watch the game, feel relaxed and comfortable.”

Abbey Wuthrich, along with her father and mother, Mike Amburn and RaLane Amburn, own and operate Whiskeyta together. Mike Amburn also owns two other bars in town, Stage West and West End.

Mike is an alum of Midwestern State University with more than 30 years experience in the bar industry. Mike can be tied to some of the old school bars such as Rodeo West, Cheyenne Cattle Company, Stesons, Babalus, and TJ Cassidy’s.

Wuthrich is also a graduate of MSU, which is why pictures of Wichita Falls and MSU fill the walls.

She said spotlighting MSU, which she called a big part of Wichita, is really important to her.

Whiskeyta is not your traditional bar with space.

“They can have their own space with friends without bumping elbows with others.”

Whiskeyta has large stage for potential bands and a floor for dancing.

Now that football season is kicking off, Whiskeyta will be a place for guys, and gals, to gather around the large TV’s that surround the main bar.

“The main bar is the focal point,” Wuthrich said.

The main bar seats 22 and has four drink stations. The booths along the walls can fit eight to 10 people. After including the rest of the high top tables and booths, the Whiskeyta club can seat a 200 people comfortably.

“No one in the bar has a bad seat, everyone can see a TV,” Wuthrich said.

Their full service bar offers more than 100 whiskeys as in whiskeys, scotch, and bourbon 40 different domestic and imported beers, frozen margaritas and daiquiris, and a good selection of wine.

Or if you have a taste for variety, you can join the Whiskeyta 100 Club. Those who join can try 100 whiskeys (over a period of time) and have their name and picture added to the wall.