More than $2.4 million in student fees allocated between 28 groups 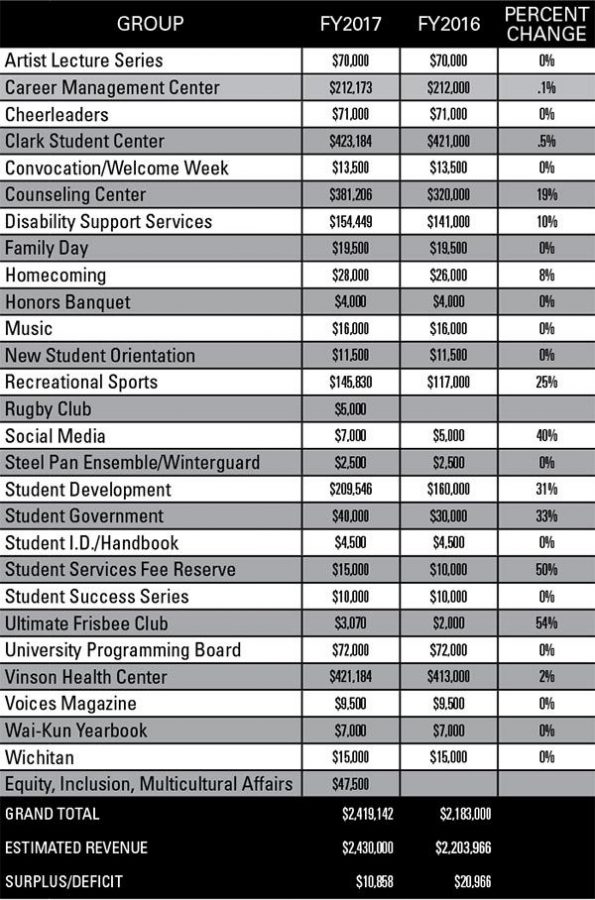 Source: Memo from the office of the Vice President for Student Affairs and Enrollment Management

The committee members agreed on the recommended budget for the 2017 fiscal year, beginning Sept. 1, 2016 and ending Aug. 31, 2017, at a Mach 4 meeting in the J.S. Bridwell Boardroom in Hardin, according to Keith Lamb, vice president of student affairs and enrollment management.

Some groups received a one-time allocation from the reserve. Voices magazine will get $1,500 for an iMac, the Wichitan will get $10,000 for furniture in the new mass communication building, the post office will get $65,000 for new parcel lockers, and the rugby club will get $5,000 for new goal posts.