For 115 years Lake Wichita has been a cornerstone in the city’s history. Over the last century the lake, constructed in 1901 and originally used for irrigation to power the electricity power plant, has seen both boom and bust and now, barely supports animal life and doesn’t support recreation.

The Lake Wichita Revitalization Project aims to revamp and improve the lake so that it can continue to be an important part of Wichita Falls for another century.

Daniel Nix, water utilities operation manager at Cypress Water Plant, said Lake Wichita was one of the first man-made lakes to be built in the state of Texas.

Nix said the irrigational rights are not being used and haven’t been used in a long time.

“We haven’t used Lake Wichita for a source of drinking water since the ’60s. Having a canal system from Lake Kemp and Lake Diversion has changed the water quality. It’s made it more salty and we can’t treat that water conventionally like we did in the past, it would have to go through the micro filtration and reverse osmosis process.”

Parts of the lake are eroding into the waters, filling it with debris, and brush. One of biggest problems facing the lake is the silt. Over time the gradual siltation of the lake has lowered the average depth of the lake from eight to four feet, thus resulting in water that cannot effectively support aquatic life. 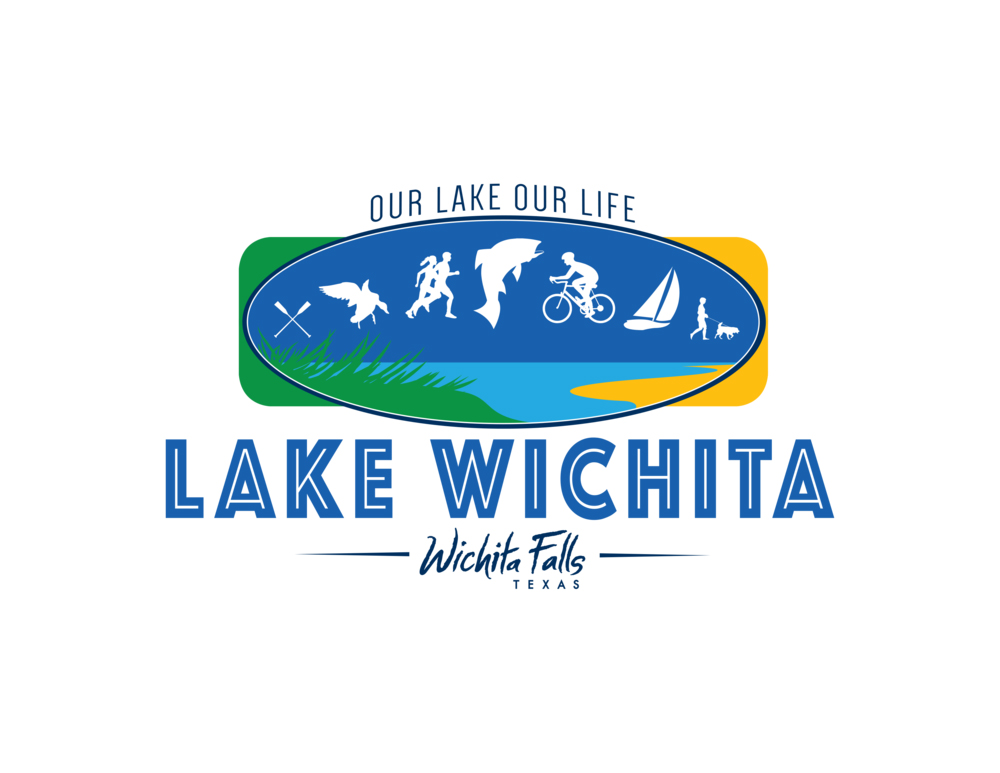 Lake Wichita is not in terrible condition compared to other surrounding lakes, but it is in a predictable position, Nix described.

“Lake Wichita is old, one of the oldest in Texas, and it’s small. The fact that it’s old has given it more time to silt and so now, it’s shallow. Are we talking about the same lake 100 hundred years go? No, it’s matured and were having to deal with the repercussions of its aging. All lakes silt, it’s just the nature of the reservoir system.”

The first phase of the project is to excavate the lake back to the original depth and to create deeper channels for water to recede into during times of drought. This was proposed during the drought when the lake was dry. Dry excavation will cost about $30 million compared to hydraulic excavation that would cost about $100 million.

Nix said a study done in the early ’90s examined lake conditions, just as the revitalization committee is doing now.

The first goal once the lake has been excavated is to establish the ecology of the lake. The excavation will increase the storage capacity and provide the water essential for the survival of the fish population. Aquatic plants like American Pondweed will be reestablished, rock piles that will protect the shoreline from erosion and provide fish habitat. Development of brush piles and placement of artificial structures will also aid in increasing the quality of the fish population that was lost during the drought and the toxic Golden Algae bloom in 2012.

The main factor that influences the quality of a lake is its watershed. The 134 square mile Lake Wichita watershed has two problems that the project hopes to work with willing landowners to help address. The watershed does not provide the water to the lake that it has in the past and when the water does flow it brings more sediment than is supposed to.

Nix explained how Wichita Falls is  fortunate to have Lake Wichita full again.

“It’s got a very small water shed. You basically have to get it to rain in the northern section of Archer County to the Baylor County line. If it doesn’t rain there, that water isn’t going to Lake Wichita. That’s a very narrow margin of land.”

These issues come from the invasion and expansion of non­native Mesquite and Salt Cedar that consume considerably more water and stabilize soils less effectively than native prairie grass. City officials will work with willing landowners to remove Mesquite and Salt Cedar and restore native grasses so that the watershed will provide more water to the lake and less sediment increasing both viability and longevity of the project.

Once the ecology of the lake has been brought back the project will turn to the many amenities  that have been planned for public use. Four boat ramps will be refurbished and developed to provide boating access to the public along with four new jetties and fishing piers along the dam.

Built as part of the rebuilding process, two beach areas will further enhance recreation. One beach will be located in Lake Wichita Park and the other will be located near the emergency spillway off of Kemp. Along with adding beaches a wakeboard park and paddle board trail have been proposed. Plans call for the addition of a 2.4 mile paddling trail through Lake Wichita Park that connects to the lake.

This trail will include two launch stations that are ADA accessible and also serve to break up the trail so that canoers, kayakers, paddle boarders can use the trail without having to traverse the entire 2.4 miles. The city will be partnering with Heroes On the Water to ensure that this segment is developed in a way that ensures our wounded veterans from all branches of the military and all people with disabilities will be able to use it.

“Lake Wichita is a wonderful treasure in our backyard and it should provide all the benefits to the community that it possibly can,” said Tom Lang, fisheries supervisor with Texas Parks and Wildlife Department, Wichita Falls office.

After the revitalization project is completed, the lake will serve as a hub for community activity. The east side of the lake has been slated for commercial development. With the lake in a healthy state this will provide an area for businesses develop right on the water.