Diversity of Mexico characterized by photos and projections 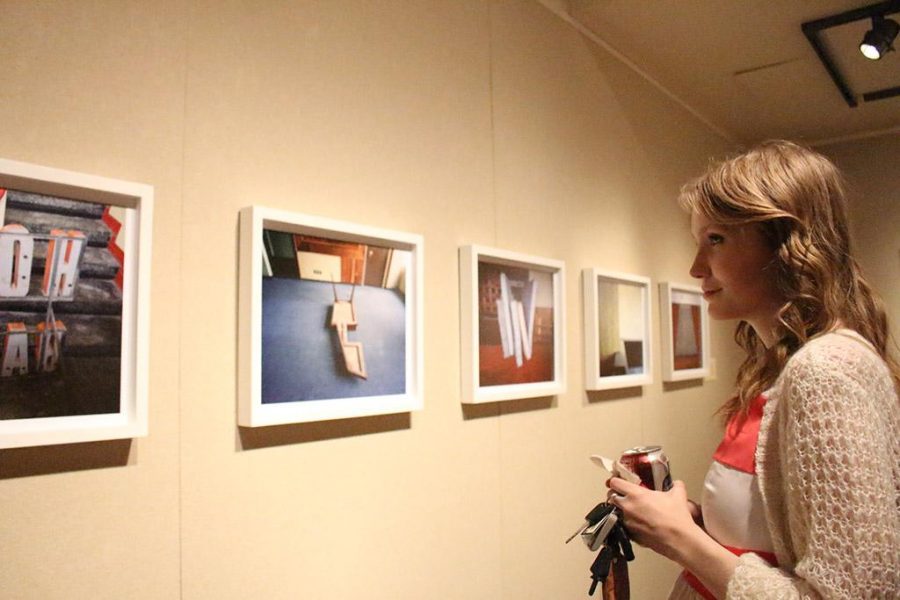 Existe lo que tiene nombre: the Contemporary Photography in Mexico show opened in the Juanita Harvey Art Gallery on March 4 at 6 p.m., featuring the works of more than 20 different artists, who speculate on the diversity of life within the borders of Mexico.

Simultaneously, photographer David Taylor will have a survey of monuments in the states and Mexico at the Wichita Falls Museum of Art.

San Francisco-based curator Sergio de la Torre and Tijuana-based curator Javier Ramírez Limón brought the show in the Fain Fine Arts building to life. Limón first began working on the gallery three years ago with students in Torre’s class. The two curators are acquaintances of Taylor and decided to show the interconnected galleries at the same time. The major costs of the show was printing and framing the pieces – $56.

“Our goal was to feature people that show the wealth and complexity of Mexico,” Torre said. “Most of the works produced document daily lives for very personal projects.”

The projects included photographs of Mexico City and the families that were affected by the accelerated growth of suburban areas.

“The overview of the city makes me feel small, but it’s calming and peaceful,” English and Art freshman Ismael Peoria said. “This is the first art show I’ve ever attended, so it’s interesting to see others’ art work.”

For Peoria, the pictures came together to form an image of familial affairs in Mexico.

“Everything is very family oriented for the lower class,” he said. “There’s a lot of family gatherings in the pictures.”

Some photos of the gallery come across as crowded and personal, a theme those 20 artists attempted to show by photographing families in Mexico to relate to viewers through the different social standings that were captured.

“These pictures come from my background,” biology sophomore Cristina Galvan said. “The pictures of nature show how beautiful it is, and the different pathways of life.”

“It’s interesting to see in a different perspective,” he said. “I grew up in a small town, so it’s amazing to see what nature can do, in the sense that natural events happens all the time.”

Bachman said he has seen previous art galleries, and he said it is important to be exposed to different kinds of art to get a better grasp of the meaning.

Taylor’s views of the show correlate with those of the students.

“It’s an amazing exhibition because it’s very intelligent and beautiful,” Taylor said. “I’m drawn to the aerial images since they’re gorgeous and surprising. People are surprised that wealth like this exists in Mexico; it tells us about our own stereotypes.”

To avoid internalized stereotypes, Taylor spoke to eighth grade students at a symposium on March 3 about immigration and the nature of the Mexican border.

For Taylor, this is the first exhibition that he has had in North Texas. He has upcoming shows in Phoenix and has previously been hosted in San Francisco.

Speaking of the show, Torre said he is proud of the gallery.

Additionally, Limón said he is appreciative when students present an interest in regard to the show.

“Many students have approached me, interested especially in diversity,” Limón said. “The exhibition is very important because it presents works from photographers that highlight the complexity and diversity of Mexican artists.”

He said the installation was perfect for the featured photos, videos, and one projection, focusing on each accordingly.

“I don’t have a favorite, I like each for a specific reason,” he added. “All the work shows diversity and specific problems faced by the artist or photographed families, and that’s all very important.”

These problems, which have been brought more attention by other artists, are occasionally featured alongside paintings in museums; thus spreading the view of photographers as artists. It is increasingly common for photographers to be found in museums.

“Though they only use a camera, photographers see themselves as artists,” Torre said. “And it’s important to show that to students, because if students study art, then at one point they will be making art.”

Both shows will remain open until April 22.