Recycling dumpsters will save MSU funds 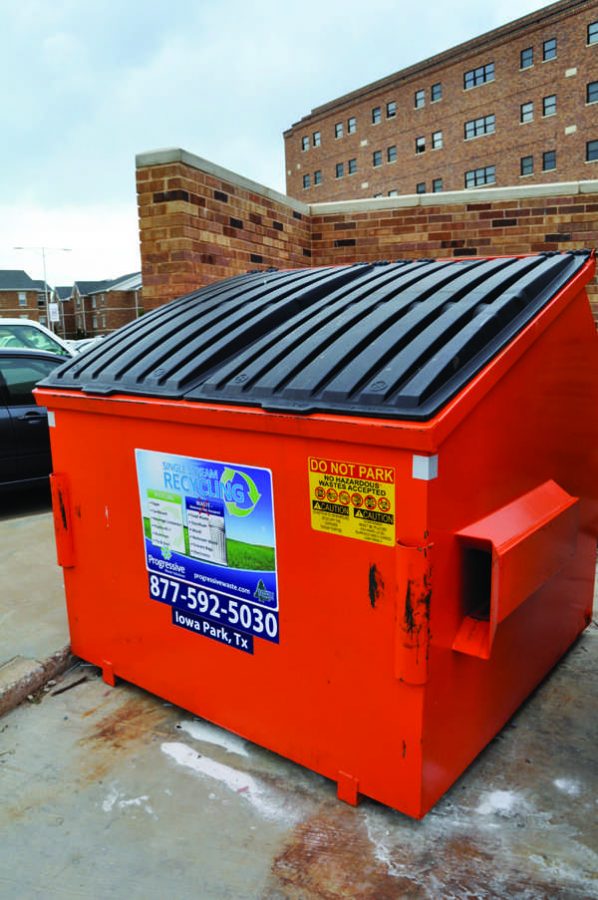 MSU has placed three recycling dumpsters on campus to encourage students and faculty members to become involved in conservation. The initiative will also save MSU $1,600 annually.

“Currently we have three orange recycling dumpsters placed on different ends of the campus and they are easy to locate,” Owen said.

One dumpster is adjacent to the Dillard building behind the Print Shop.

Owen said he had concerns about costs, which include placing 4-yard to 8-yard dumpsters on campus and container change outs.

Before the new dumpsters were implemented MSU was paying approximately $1,308 for six 4-yard containers monthly. The containers cost about $1,000.

Now there are three 6-yard recycling containers that replaced the regular dumpsters. IESI Commercial Recycling worked out an agreement with MSU.

“The cost was minimal,” Owen said.

The dumpsters from IESI cost approximately $170. The university plans to save $85.50 a month during this trial phase, but that figure includes expenses. It cost the university $120 to change out the three dumpsters for special recycling dumpsters.

“It’s an effort to do our part,” Owen said. “My take is really about the dollars. Going green was not my main focus, but it is a plus. The cost of dumping constantly concerns me. The recycling bins should reduce the amount of dumps per week.”

Calhoun said he is confident the project will be a success.

“The recycling dumpsters are on a two-month trial basis right now,” said Calhoun. “If there are not substantial differences in saving money, MSU will of the questions on the application asked if we recycled,” Calhoun said.

Calhoun said he wants the MSU community to get involved with the project.

He has recycling advice for faculty and students in the dorm.

Calhoun has specific suggestions on throwing plastic bags in the recycling bins.

Plastic bags cannot be bunched up with other plastic bags. The bags have to be separated, but other recycling goods can be thrown into one bag.

IESI will sort out all the recyclables.

Calhoun said he has been studying about carbon footprints and cutting down waste.

Activities such as, oil and gas in power plants, automobiles, industrial facilities, cause larger emissions.

Calhoun is pleading with students to help kick start this movement.

“I want to reiterate this is a trial period. We are encouraging students to recycle for our school so we can track our school’s carbon footprint. It is all contingent if people use it,” he said.

He said, however, the fact that their bins are picked up from out of town is a problem.

After a couple phone calls and meetings, Calhoun met with IESI, which is local.

Calhoun said he was excited to see IESI could accomplish his proposal locally.

He felt there was an opportunity to instill recycling on campus and that student housing could spearhead it.

Being an environmental activist is a stretch but not an exaggeration to what Calhoun wants to accomplish.

“To go completely green is very cost expensive and not within the budget, “said Calhoun.  “Having only three dumpsters brings minimal cost difference.  If the campus had half of their dumpsters recyclable we would see dramatic results.  It helps our environment which is the main benefit of my proposal.” A spokeswoman for IESI is expected to come on campus soon to talk about the campaign.  No information or date has been set.