Marqui Christian being scouted for the NFL 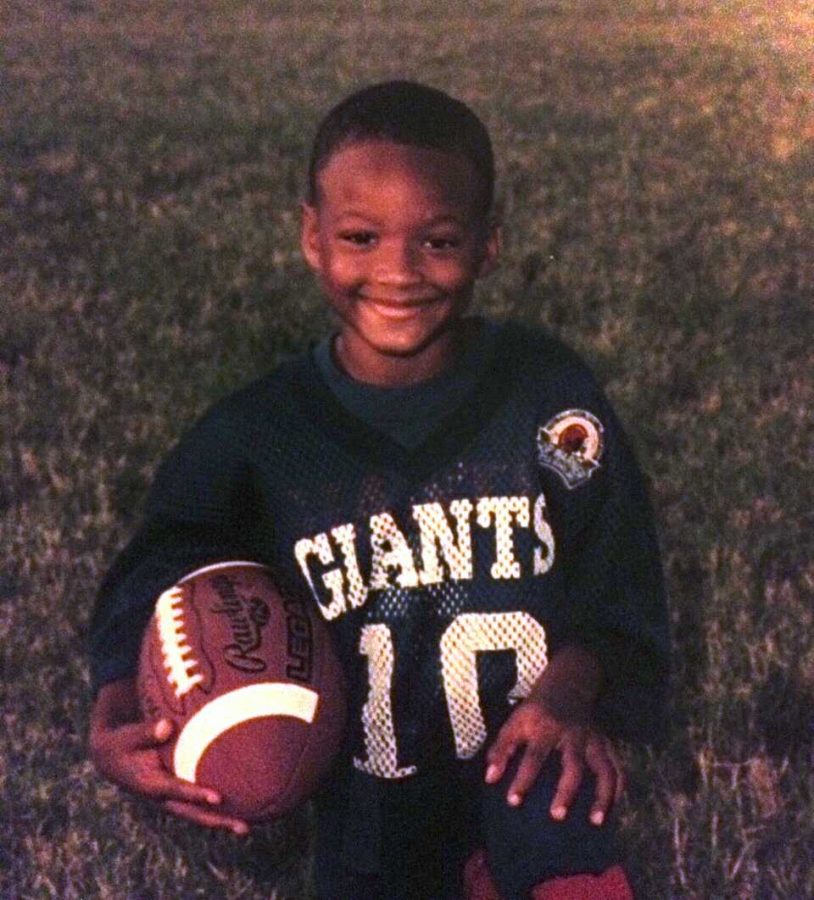 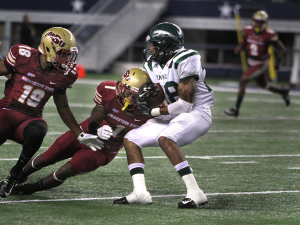 As a young boy growing up in the south side of Houston, Marqui Christian found his love for the game of football at the age of four. Perhaps it was his passion for the sport or humble upbringing that has led him this far. If things continue to go well with him as they have been throughout his football career, Christian can be drafted into the NFL.

“Marqui has always had a knack of understanding the game. He’s a special player and a very smart kid. He is able to make checks or calls that most other players don’t. He puts himself and his teammates in a position to be successful. He just understands the way it is, like a coach on the field,” Gary McGraw, assistant football coach, said.

According to McGraw, every scout who has spoken to him has said he is easy to converse with. Half have spoken highly of him. McGraw said Christian is a special player. He broke the school record for defensive tackle. Twenty six of the thirty two teams of the NFL have been on campus to look at Christian.

“I know three or four have sent multiple scouts. Not everyone gets the opportunity to be in his shoes. But he is not the normal athlete. He is not egotistical. He is a very humble kid,” McGraw said.

Daniel Laudermilk, co captain of the football team, has been playing with Christian for four years.

“My favorite game was the one against Colorado. The running back got through and Marqui chased him down. He and I made eye contact while he was running and he hawked the ball out,” Laudermilk, senior in history, said.

Marqui’s mother, Tonya Christian has been to every game Christian has had. The only one she has missed is the one against Colorado.

“He wasn’t supposed to play yet when he was four, but he was that good. He started out very early on a team called the Garden Villa Giants. He has always impressed me. He would make two to three touchdowns a game. When he was eleven and he played for the Fresno Gators made four touchdowns in a single game. Of course he was a running back then. I never missed a little league game or high school game,” she said.

Mrs. Christian said Marqui has shown talent of football ever since he was a little boy. When he was four years old, he played on a team only meant for kids of at least the age of five. And although this in itself was an opportunity not presented to most, Christian remained humble.

“He is a much laid back kid until there is football involved. It brings out a lot of emotion people don’t usually see. It brings out everything in him, his eagerness, his thrive. He has always loved having a football in his hand. He used to have scrimmages with the neighborhood kids and cousins when he was growing up. You don’t get a lot of him until football is brought up,” Mrs. Christian said.

Five people have personally told Mrs. Christian that her son, if anybody, can make it to the NFL. She said he is not showy at all about this rare opportunity, and that he gives credit to his entire team for their successes.

“I’m just so happy that others can see the potential in him. I tell people every day how extremely proud I am. He has a dream and he is doing great things with it. We are so pleased as a family. I’m happy that he gets to embrace football in the next level,” Mrs. Christian said.

Wherever he goes, Mrs. Christian vows to be at every game feasible.

“I will be as present as possible. I would like to keep close to him. He’s my baby, but I can’t be there every step of the way. I love to cook for him and I won’t be able to when he moves for football. I know that’s not possible. Whatever team he decides to go with, it doesn’t matter. I know he really just cares about is the opportunity to play,” Mrs. Christian said.

Mom, dad, and older brother Derrick Christian like to affirm that Marqui will make it on an NFL team.

“You have to believe it is going to happen,” Mrs. Christian said.

She said she noticed his talent early on. All of the credit for his humble personality is given to his parents’ raising him ‘the right way’ by coach McGraw and girlfriend Maria Powell.

“He is just so positive. Even with his opponents, he doesn’t have negative things to say. He impresses me with how he carries himself as a young man,” Mrs. Christian said.

Christian’s athleticism is something he was born with. His grandfather, Anthony Davis, and uncle, Marlon Christian, also played football. His grandfather played all through college at Texas Southern University.

“Derrick and I ran track and his dad was a baseball and basketball player,” Mrs. Christian said.

Marqui Christian has played and loved football from the start. His talent for the game has always been present.

“After the first three years of me playing, I discovered it was a real passion I had. All I wanted to do was play and run around,” Christian said.

Christian did not play in junior high school, but stayed playing football in little league. More than 20 NFL teams have sought out Christian.

“After this season is over, the plan is to train and be drafted. I don’t have a favorite team, but I think I would like to stay in Texas. But it’s a dream to be on any of the 32 teams. I prefer somewhere that is not too cold,” Christian said.

Although he has received attention for his accomplishments so far, Christian has not let it get to him.

“I’m not used to being the center of attention. I’m a little shy,” Christian said.

Before games, Christian said the one and only thing that is consistent with him is praying.

“I don’t really have a pre-game ritual besides praying. Some games I’m all by myself listening to music or sometimes I’m just joking around the locker room staying loose for the game,” Christian said.

Girlfriend of a year and a half, Maria Powell, said the moment she met Christian, she knew he was different from other football players.

“This kid gets it. D2 kids get overlooked, but he is hard to miss. He is most definitely a diamond in the rough. For sure,” Powell said.

Powell and Mrs. Christian said they would both like for him to stay close. With both having full schedules, Powell and Marqui aren’t able to spend more than a couple of hours together on a normal day already.

“We both have our own goals in life. We stay supportive. I can’t get jealous of him and football. I know it’s important to him and it’s his passion,” Powell said. “I do think it would be cool is he signed with the Houston Texans. He was born and raised from down the road of the Texas stadium. Yeah, he grew up hard. It’s not easy to achieve his goal, but his parents kept him on the right path. He was born to do this, without a doubt,” Powell said.

Close family and teammates see a side of Christian that most do not. He is a walking oxymoron.

“There is a lot more to him than people see at first glance. He has a quiet intelligence about him. People sometimes just see the tattoos and dreadlocks and are thrown off. One minute he is talking about subliminal messages, then he has a hippie rock star vibe about him, and the next minute he is all about DJ Screw. He likes to watch forensic files, too. He has a lot of sides to him,” Powell said.

McGraw said he is hopeful to see Christian advance into the next level of football. It will benefit him and his family, and also the university with publicity.

“You just want one of them to take you. Not everyone gets an opportunity like this. Marqui is a very smart kid. He was raised right. Only one or two guys get noticed a year. Amini Silatolu, graduated from Midwestern in 2012 and he is playing for the Carolina Panthers. Coincidentally, that was the last year we were 10-1,” McGraw said.

On a normal day, Christian doesn’t have free time until after 7 p.m.

Despite visits from multiple scouts, Christian said he is not yet sure which team he would prefer if any offers are made. Coming from third world Texas, where a football career is difficult to come by, he is finding his way to success that would otherwise not be achievable had he not been persistent and consumed by the sport from the very beginning.

“When his team loses a game, he learns from it. He is constantly watching film to get better. When he wins, he doesn’t like to take full credit. He says it was his brothers on the team that made it happen,” Mrs. Christian said. “He’s humble. I am so proud of him.”

CORRECTION: An earlier version of the story misspelled Derrick Christian’s name. The Wichitan regrets the error.